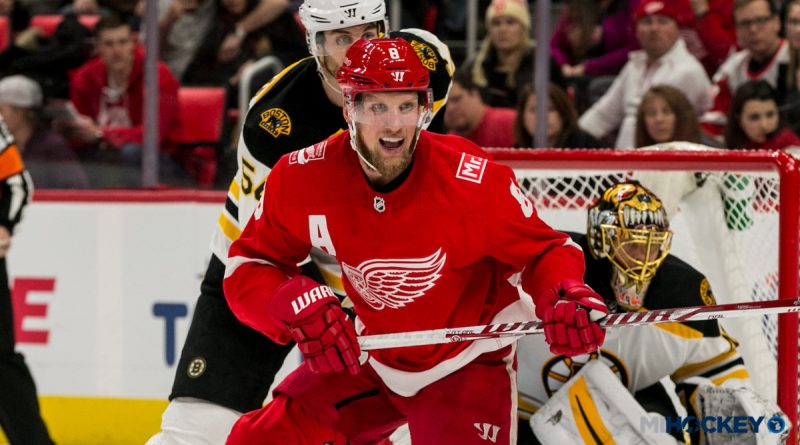 Perhaps Steve Yzerman is planning to make a bigger splash than anticipated this offseason.

The Detroit Red Wings announced Tuesday ahead of the NHL Entry Draft that Abdelkader was placed on unconditional waivers for the purpose of a buyout.

Abdelkader, a Muskegon native and Michigan State alum, spent his entire 739-game career with the Wings since entering the league in 2008. He amassed 106 goals and 252 points during his career with Detroit.

The 33-year-old forward had three years remaining on his contract with a cap hit of $4.25 million per season.

The buyout would bring Detroit to $28M in cap space with a current roster if 15 heading into the draft, according to CapFriendly. Key restricted free agents like Anthony Mantha and Tyler Bertuzzi still need new contracts.

Update: Forward Justin Abdelkader has been placed on unconditional waivers for the purpose of a buyout.

With Abdelkader bought out, we now show the Detroit #RedWings with $28M in cap space with a roster of 15 (8F-5D-2G-2Loan-1LTIR)