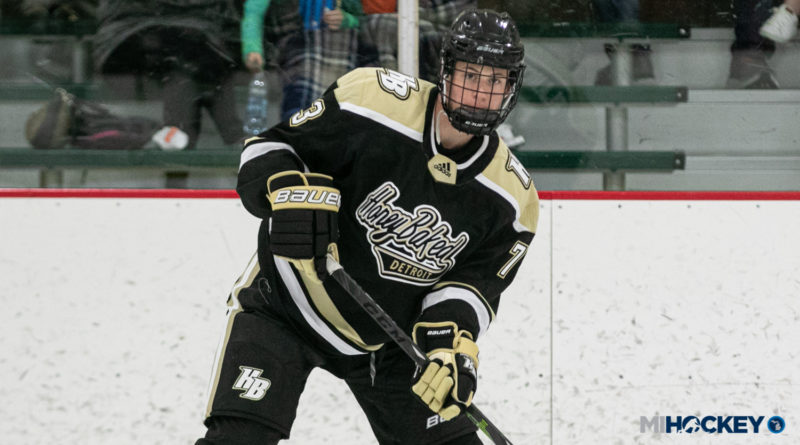 The Lakers locked up a Michigan-born blueliner today.

Jack Blanchett, a native of Monroe, has announced his commitment to Lake Superior State.

“I chose LSSU because I was impressed with the coaches’ philosophy and the involvement they have with each of their players,” Blanchett told MiHockey. “I really like the vision that Coach Whitten and his staff have for me to grow as both a player and a student. Being at LSSU felt like a perfect fit. It was obvious how much the coaches care about their players.”

Blanchett is in the midst of his first season with the HoneyBaked 16U team. Last year, he played for the Oakland Jr. Grizzlies in the same age category, helping them to a USA Hockey national playoff berth.

Junior hockey may take him out of the Great Lakes State at some point, but Blanchett is thankful for the opportunity to play college hockey in his home state.

“Having the chance to play Division 1 hockey in front of a student section and in my home state is a dream come true,” Blanchett said. “I am extremely thankful for the opportunity to be a part of such a supportive hockey community, with such a longstanding tradition, as LSSU.”