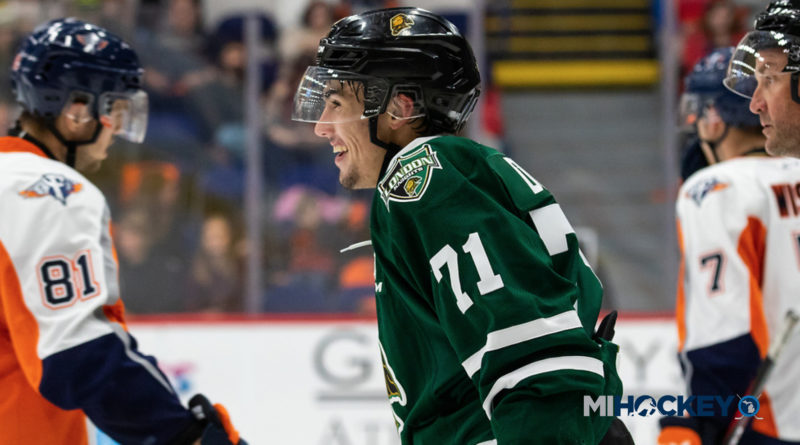 Over the weekend, the Saginaw Spirit added another Michigan native to the roster.

On Saturday, the OHL franchise announced that they have acquired Grand Blanc native Dalton Duhart in a trade with the Barrie Colts.

Duhart, 18, is in the midst of his third OHL season. Last year, he started with the London Knights – the team that drafted him in the third round of the 2017 OHL Priority Selection – before being traded to Barrie. He recorded 23 points in 64 games.

He is a product of Belle Tire and Compuware.

Saginaw is currently in first place in the Western Conference with a 9-6-1-0 record.