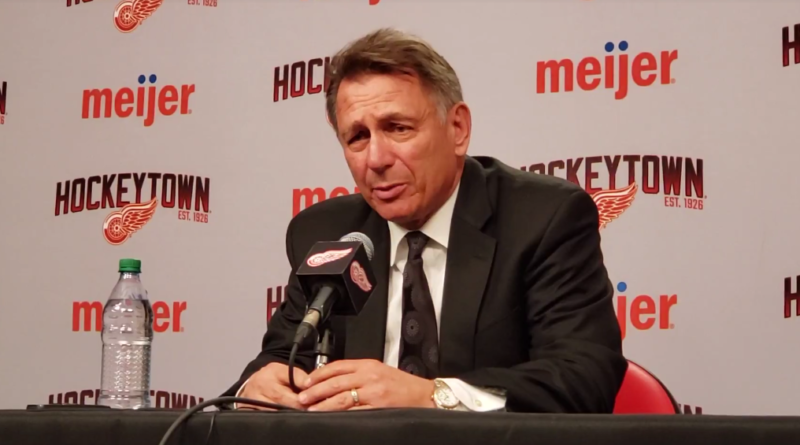 After more than two decades as general manager of the Detroit Red Wings, Ken Holland is moving on.

The Edmonton Oilers officially introduced Holland as the team’s general manager on Tuesday.

“The Edmonton Oilers are excited to welcome Ken Holland to the organization,” said Oilers Entertainment Group CEO Bob Nicholson. “Ken’s experience as a hockey executive and NHL general manager is unmatched, and his arrival is an important step to the Oilers achieving the success we all want for the team. I look forward to working with Ken and he will have full autonomy over all aspects of hockey operations for the Edmonton Oilers.”

“I am very happy to be joining the Edmonton Oilers. I believe we can build something special in Edmonton and I look forward to putting a plan in place to make the Oilers a consistently successful team.”

Holland, who said the team has some solid core pieces in place with the likes of Connor McDavid and Leon Draisaitl, said Nicholson and owner Daryl Katz have given him an important opportunity to establish a culture early on in his tenure.

“To me, culture is the people you bring in on the ice and off the ice, people that care about the logo… and you’ve got to go to work every day and respect that jersey,” Holland said.

Holland added that he spoke to interim coach Ken Hitchcock and informed him he will no longer be the team’s head coach heading into 2019-20. Veteran NHL coach Dave Tippett is a rumored frontrunner.

Steve Yzerman on the @EdmontonOilers‘ hiring of Ken Holland. pic.twitter.com/knCl4SOnez

Christopher Ilitch on the @EdmontonOilers‘ hiring of Ken Holland. pic.twitter.com/k16PFe9QOA