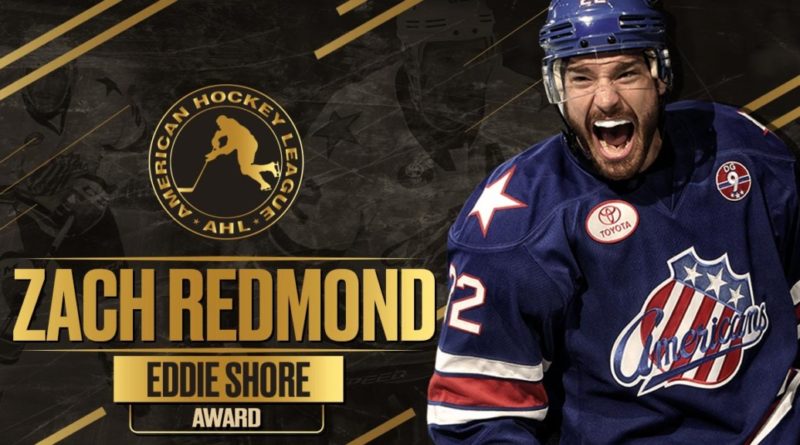 On Tuesday, the American Hockey League announced its 2019 recipient of the Eddie Shore Award, and it’s going to a Traverse City native.

Zach Redmond has been named the AHL’s most outstanding defenseman for the 2018-19 season.

The former Ferris State star was selected by a collection of coaches, players and members of the media in the league’s 31 cities after posting a career-best 21 goals and 50 points for the Rochester Americans.

Redmond’s 21 goals was the most among AHL defensemen, and it broke a 46-year-old franchise record for goals from the blue line.

Other awards from the AHL:

Farmington native Mike Vellucci was named the AHL’s winner of the Louis A.R. Pieri Memorial Award as the league’s most outstanding coach.

The longtime leader of the Plymouth Whalers led the Charlotte Checkers to the team’s most successful regular-season in franchise history, as they posted a league-best 51-17-7-1.

Former Red Wings forward Landon Ferraro was named the league’s Yanick Dupre Memorial Award winner for his contributions to his community and charitable organizations with the Iowa Wild.