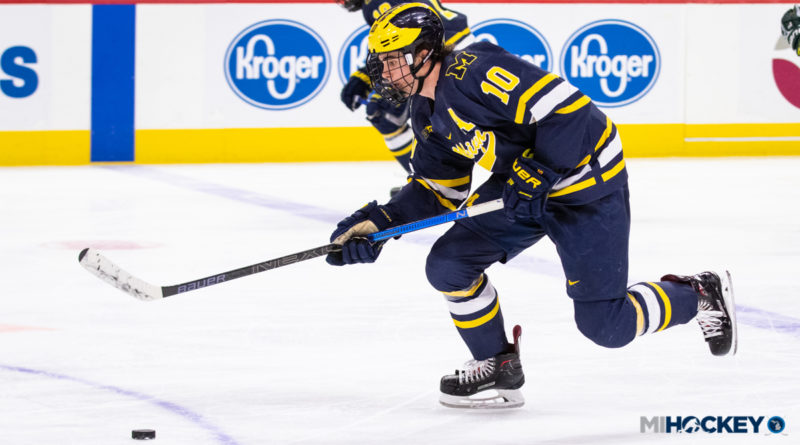 Will Lockwood will forever have a unique fact included in his bio.

The Bloomfield Hills native was named captain of the Michigan Wolverines today.

He will be the 100th player in school history to wear the ‘C’ for the Maize and Blue.

Lockwood will be joined by seniors Jake Slaker, Luke Martin and Griffin Luce as the Michigan leaders for the 2019-2020 campaign.

Lockwood, a ’98 birth-year forward, was a legacy recruit for Michigan, after his father played for Red Berenson. Joe Lockwood was part of Berenson’s first four-year class at Michigan; he recorded 69 points in 147 games.

A product of USA Hockey’s National Team Development Program, Lockwood was a third-round pick of the Vancouver Canucks in 2016 prior to his freshman season in Ann Arbor.

After a shoulder injury shortened his sophomore campaign, he posted 31 points in 36 games for Michigan in 2018-19. He announced he would be returning for his senior season on April 4.

🗣 @lockwood_will on his decision to stay at Michigan for his senior season. #GoBlue pic.twitter.com/6TGT4x4tvR