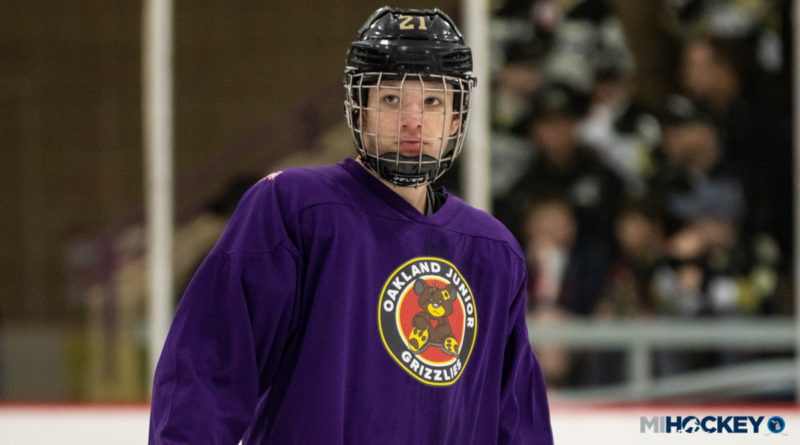 Zach Filak may be a Grizzly right now, but someday, he’s going to be a Spartan.

The Farmington Hills native and Oakland Jr. Grizzlies 16U forward has announced his commitment to Michigan State University.

“I picked MSU because it’s a great school that has a very good future,” Filak told MiHockey. “They have always had a great program. I’m very excited to commit to Michigan State because it’s a school I could be playing for in the future and because of how close it is to home.”

Filak made the jump from playing bantam minor with Honeybaked in 2017-18 to midget minor with OJG this campaign. He is a 2004 birth-year skater – he holds a Jan. 21 birthday.

According to the Oakland Jr. Grizzlies’ website, he has 28 points in 40 games with the 16U squad this season.

He has a ways to go, but the young forward says he’s thankful for this opportunity.

“I’m humbled to have the chance to play college hockey at MSU.”