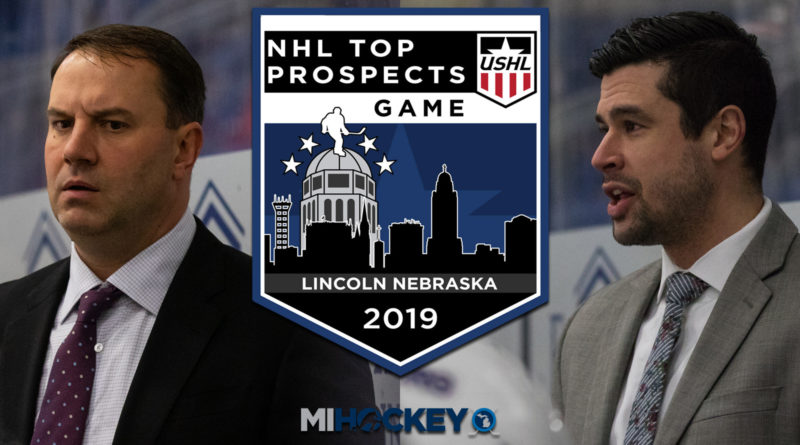 When the USHL/NHL Top Prospects Game takes place on Jan. 8, two Michigan natives will be in charge.

Mike Hamilton (Team East) and Cody Chupp (Team West) will be the head coaches for the prestigious event – an annual showcase for top draft-eligible USHL players as selected by NHL Central Scouting and league representatives.

Hamilton, a Grosse Pointe Farms native, is in the midst of his first season as a USHL head coach. He has led the Muskegon Lumberjacks to a 20-5-1-0 record so far this season – good for first in the league standings.

He will have Lumberjacks players Egor Afanasyev, Keegan Karki and Hunter Skinner there with him.

Chupp, a Big Rapids native and Ferris State alum, is working through his second season as the Lincoln Stars’ head coach. He served as an assistant coach for the event last year.

To see the Michigan names who will be competing in the game, click here.