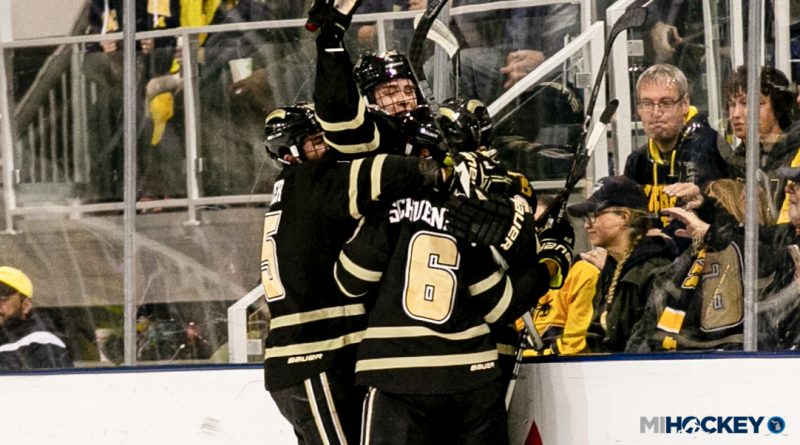 On Friday, the Wolverines beat the Broncos.

On Saturday, the ice flipped…and so did the outcome.

With Western Michigan hosting the back-end of a home-and-home series between the two Top-20 teams, the No. 19 Broncos recorded a 5-4 victory over No. 11 Michigan in Kalamazoo.

Austin Rueschhoff, Hugh McGing, Ethen Frank, Colt Conrad and Josh Passolt scored for WMU in the victory, while Austin Cain recorded the win with a 24-save outing.

Western Michigan (now 3-2-0) had built a 3-1 lead by the 2:18 mark of the second period; when the the third began, Michigan was leading 4-3. Thanks to an early power-play goal by Conrad, and the game-winner from Passolt at the 6:39 mark, WMU treated the Lawson Lunatics to a Saturday night victory.