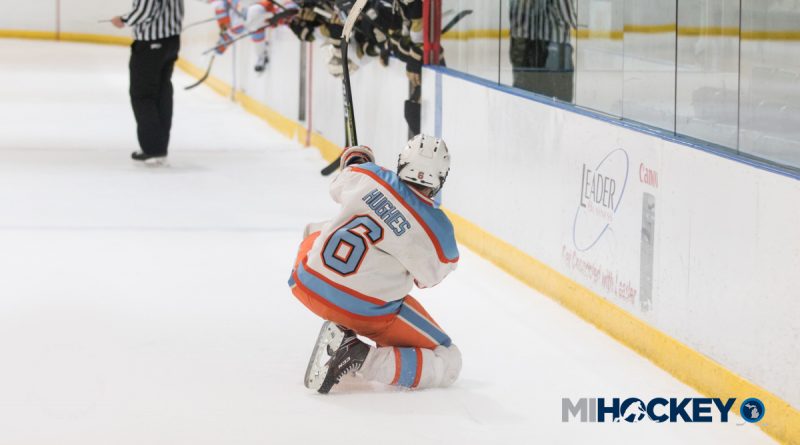 Another member of the Hughes family is heading to Ann Arbor.

Luke Hughes has announced his commitment to the University of Michigan.

Hughes, the youngest of three brothers all making names for themselves in the state of Michigan, just wrapped up his first season in Hockeytown with Little Caesars.

The @MAHA_Hockey boys’ Tier 1 state playoffs are underway, and it didn’t take long for some drama. @LCAAAHockey 14Us (No. 3 in country) taken to a shootout against Jr. Grizzlies…here’s Luke Hughes finishing things off.#MAHA2018 pic.twitter.com/6orJ0oHJp5

He is the younger brother of Wolverines defenseman Quinn Hughes, an expected top-10 pick in this summer’s NHL Draft, and Jack Hughes, the 2017-18 USA Hockey junior player of the year after starring with the National Team Development Program in Plymouth.

Quinn was a standout player at the NTDP for two seasons, as well. The elder Hughes brothers are listed as Orlando, Fla., natives; Jim Hughes, the patriarch of the family, was working as an assistant coach with the Orlando Solar Bears.

The family spent the majority of their youth hockey days in Toronto while Jim worked for the Maple Leafs.

Playing for the 14U LC squad this season, Luke Hughes helped his team to a Silver Stick championship in Port Huron in January.