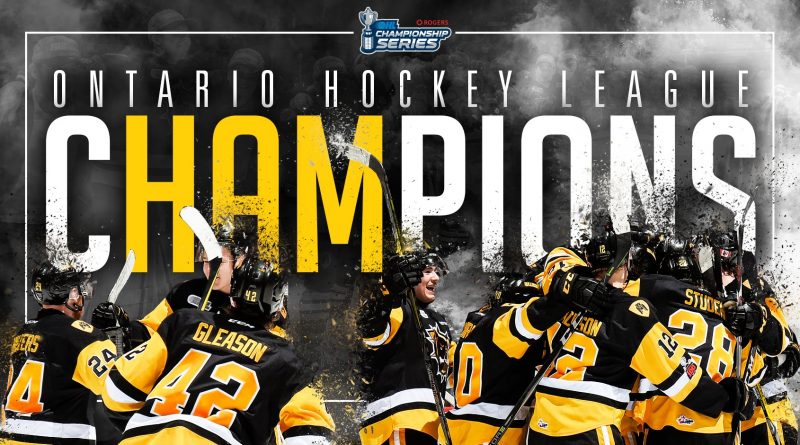 Mother’s Day 2018 will hold special significance for the Hamilton Bulldogs and their families.

With a Game 6 victory over the Soo Greyhounds Sunday afternoon, the Bulldogs are OHL champions.

The Robertson Cup championship secures a spot in the 2018 Memorial Cup for Hamilton; the prestigious tournament will take place May 18-27 in Regina, Saskatchewan. The Bulldogs will take on the Regina Pats (host team) and the winners of the QMJHL and WHL playoffs.

Robert Thomas gets the J Ross Robertson Cup 2nd, but immediately hands it off to Ryan Moore#OHLPlayoffs #BulldogsAssemble pic.twitter.com/iwF8KlDOMZ

Ortonville native Ben Gleason was an anchor on the blue line for the Bulldogs, recording a +8 rating in 21 playoff games.

Ypsilanti native Nick Donofrio didn’t make any appearances in the postseason – hard to do so when you’re stuck behind Red Wings prospect Kaden Fulcher. A free-agent signing by Hockeytown’s team, Fulcher posted a 2.70 goals-against average and .905 save percentage en route to all 16 wins needed for the league title.

Here are all the Michigan connections on the Bulldogs’ roster: