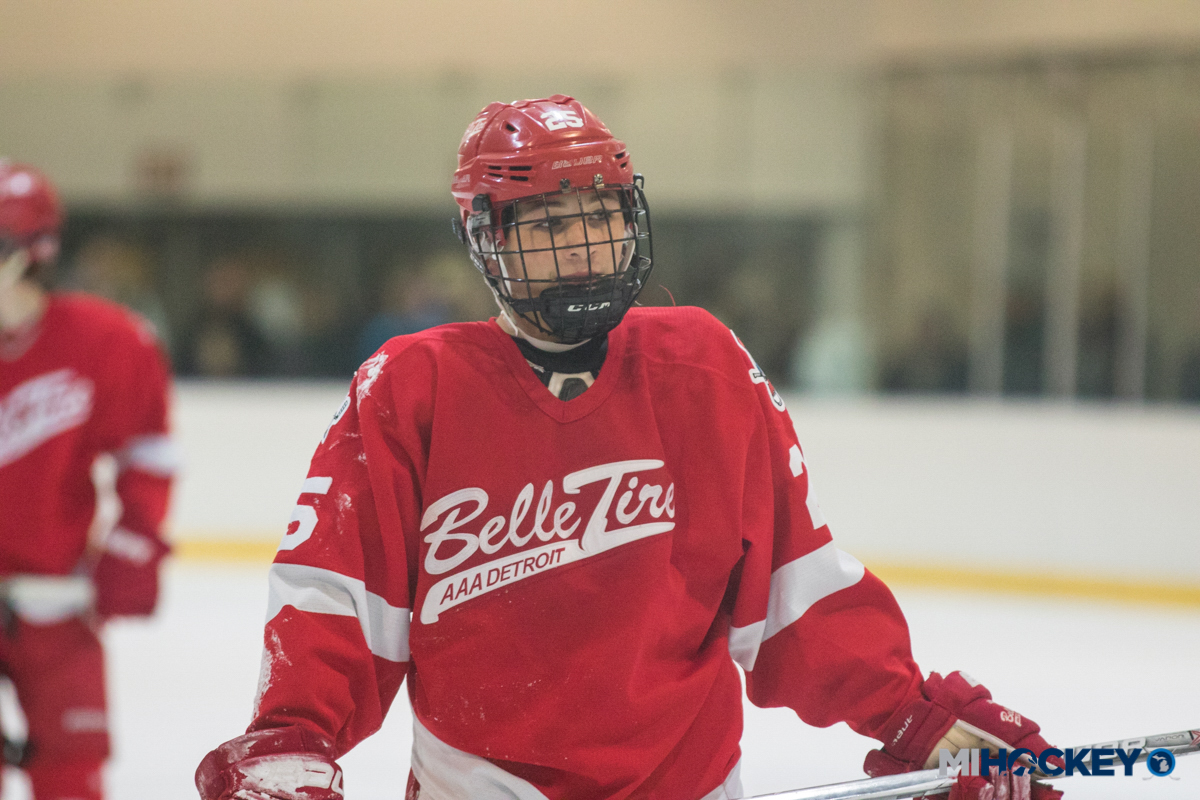 The Wolverines secured a commitment from one of the top 2003 birth-year players in Michigan, if not the country, tonight.

Dylan Duke, a standout forward for the Compuware 14U team, is now a Wolverines commit.

“Playing college hockey has always been a dream of mine,” Duke told MiHockey, “and the University of Michigan has a great hockey program and outstanding academics.”

He’s been one of the leaders on a team that previously played for Belle Tire; while with BT, Duke and the 2003 squad won three state titles and a Quebec International Pee-Wee Hockey Tournament title.

“I am honored for the opportunity to wear a University of Michigan jersey and I am looking forward to working hard and preparing myself to be ready when the time comes,” Duke said.

Check out MiHockey’s highlight video from the 2017 MAHA Bantam Minor state title game for Duke highlights and an interview with the new Wolverines commit at the end.