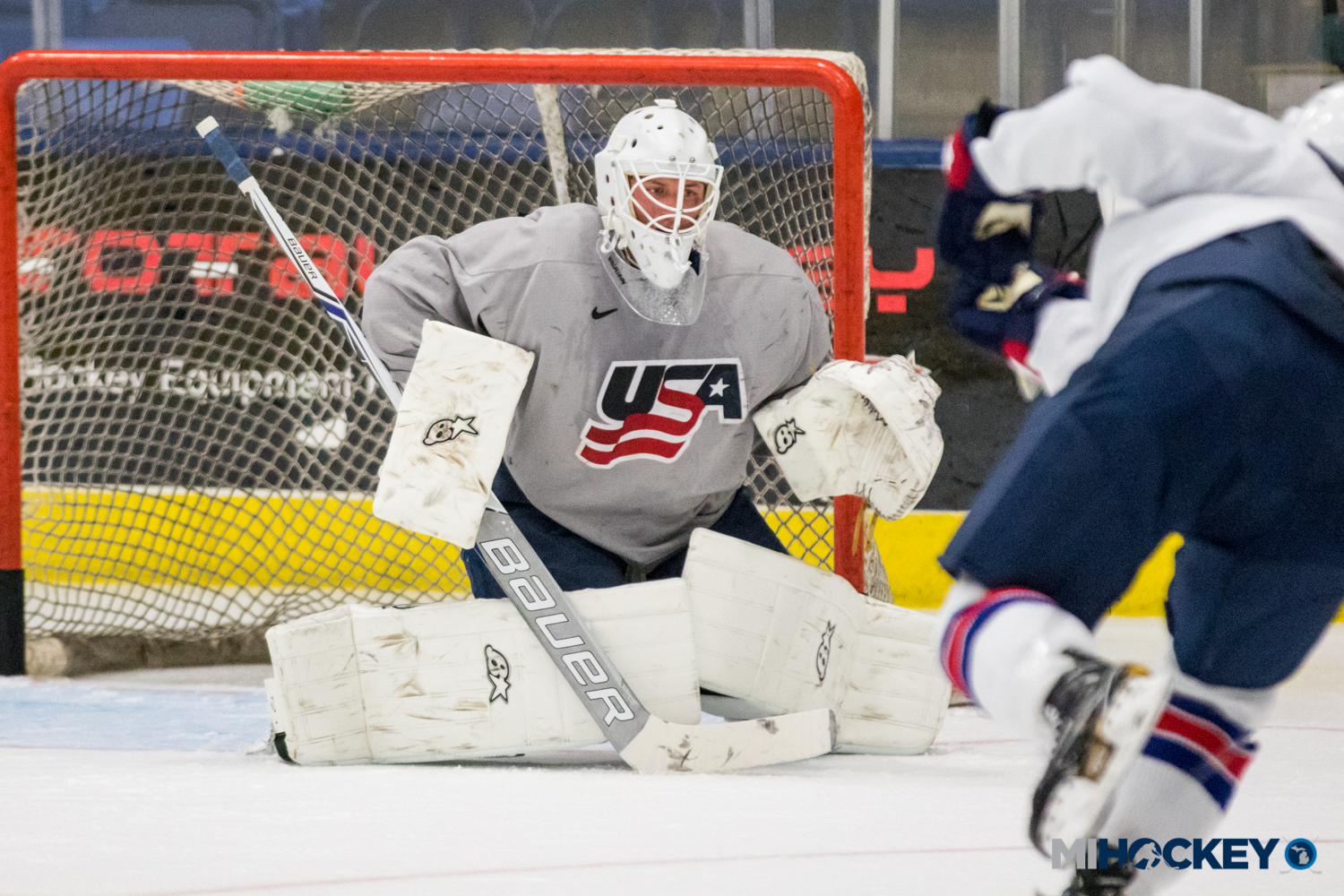 PLYMOUTH – Dylan St. Cyr has only been away from Plymouth for a few months, and there’s already been changes to his hometown rink.

New wall graphics line the hallways of USA Hockey Arena in Plymouth; just the latest change to a building that seems to have something new every time you walk into it.

St. Cyr just wrapped up his two-year National Team Development Program career in April, leading Team USA to gold at the IIHF Under-18 World Championship. Returning to the rink – one just minutes away from his home – for the World Junior Summer Showcase was a special feeling.

“It’s pretty cool,” the goaltender said. “I remember just driving here, the feeling of going back home and not even just home as in two minutes away from here, but the rink itself and back at USA just like last year. It’s pretty awesome.”

He’s one of four goalies battling for roster spots with the U.S. World Junior team during the week-long camp.

“It’s awesome, a great opportunity, just got to make the most of it,” he said.

Nerves? Not much of a problem.

“I think looking into it a little bit, but once you get settled in and start playing, that all just goes away. Maybe a little bit in the build-up, but other than that, it’s fine.”

While he’s battling for a chance to wear the Red, White and Blue on junior hockey’s biggest stage, St. Cyr is also getting ready for the upcoming season. He’s set to start a college hockey career with the Notre Dame Fighting Irish, as the famed institution begins play in the Big Ten next fall.

“I was there this summer, took a couple classes and that was really exciting to see the team and what we’re gonna do next year,” St. Cyr said.