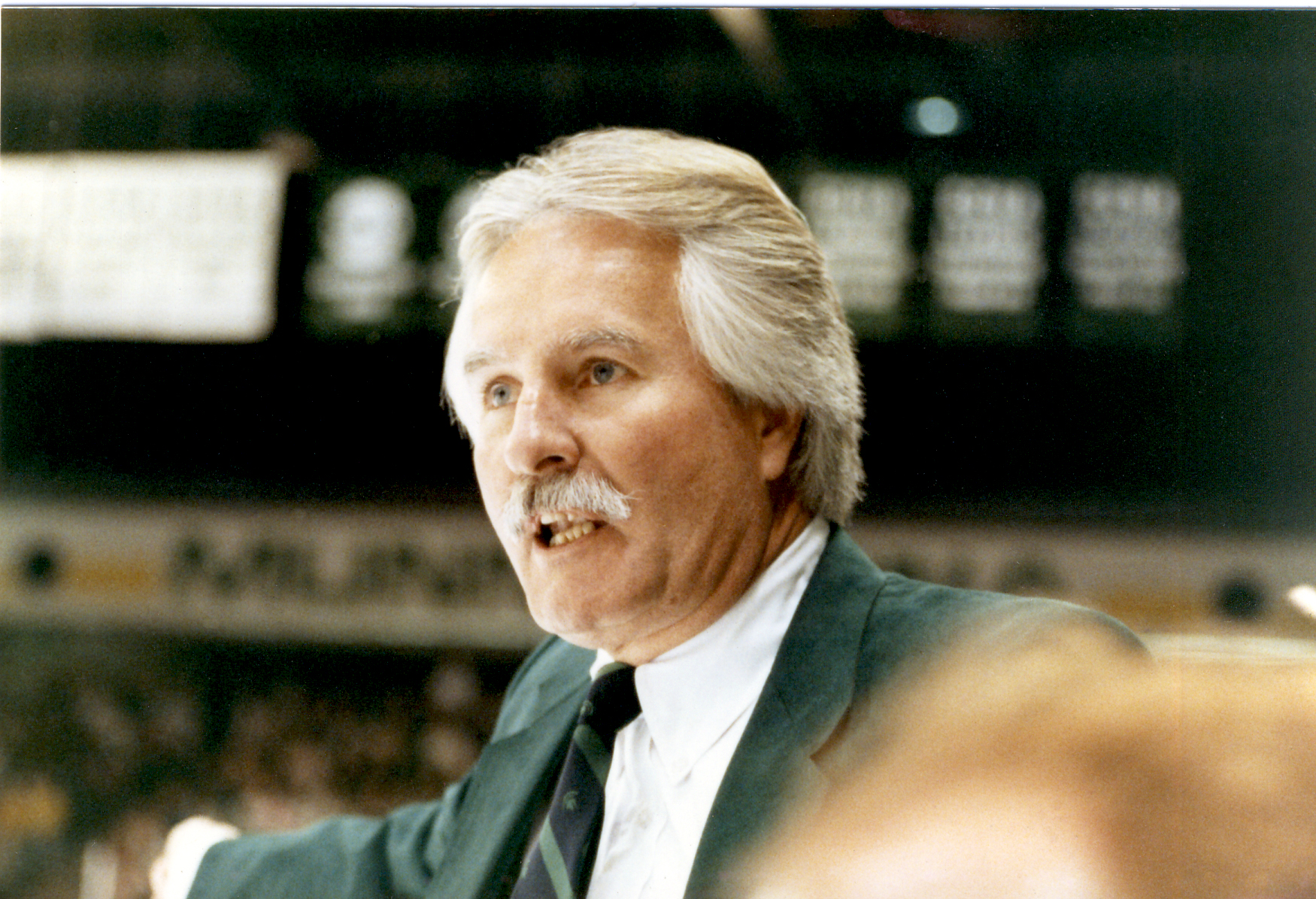 The tightly-knit hockey community has come together to share their memories of Mason and honor the second-winningest coach in college hockey history with these social media posts:

It is with heavy hearts and great sadness that we learn of Coach Mason's passing last night. pic.twitter.com/8a7sePKPFW

Few, if any, meant more to to our game than Ron Mason. RIP. pic.twitter.com/ZH83X1SVGZ

My condolences to @MSU_Hockey and the Mason family. Thanks for making MSU what it is today. pic.twitter.com/U4nTE6doBg

Stunned and saddened to hear the news of Coach Masons death . A great coach who touched so many people . My prayers go out to his family . — Mel Pearson (@mtuhky_pearson) June 13, 2016

Thank you Ron Mason - a great competitor and a college hockey legend. Our thoughts are with the Mason family. pic.twitter.com/uyXzQolgBR

College hockey lost a legend last night. Coach Mason was most prepared and detailed coach I had privilege of playing 4. Huge impact on many — Damon Whitten (@DWhitt14) June 13, 2016

Lives. Prayers for Marion and fam. Used to play cards with Tyler & Travis on bus. Impact from @HockeyLSSU @BGSU_Hockey and of course — Damon Whitten (@DWhitt14) June 13, 2016

@MSU_Hockey Coach taught us many lessons on and off the ice they have helped so many of us. Sad day for all of us and college hockey.

Saddened to hear of the passing of Ron Mason. Will always be Coach to me! Enjoyed my years with him at MSU. @MSU_Hockey #spartans RIP Coach — Mike Weaver (@mikeweaver_43) June 13, 2016

Condolences to family & friends of #USHHOF'er Ron Mason, who passed away early this morning. https://t.co/wmHbNAstti pic.twitter.com/ID10eOBKCG

Shocked and saddened to hear this news. Ron was not only a wonderful coach but a mentor and a friend https://t.co/xOpN4i45Du

Thoughts and prayers go out to the Mason family. Coach Mason was a great coach and mentor. Sad day. — Rico Blasi(@CoachBlasi) June 13, 2016

A sad day for all who knew Coach Mason. His impact on college hockey and hockey coaches is second to none. Great passion for life!