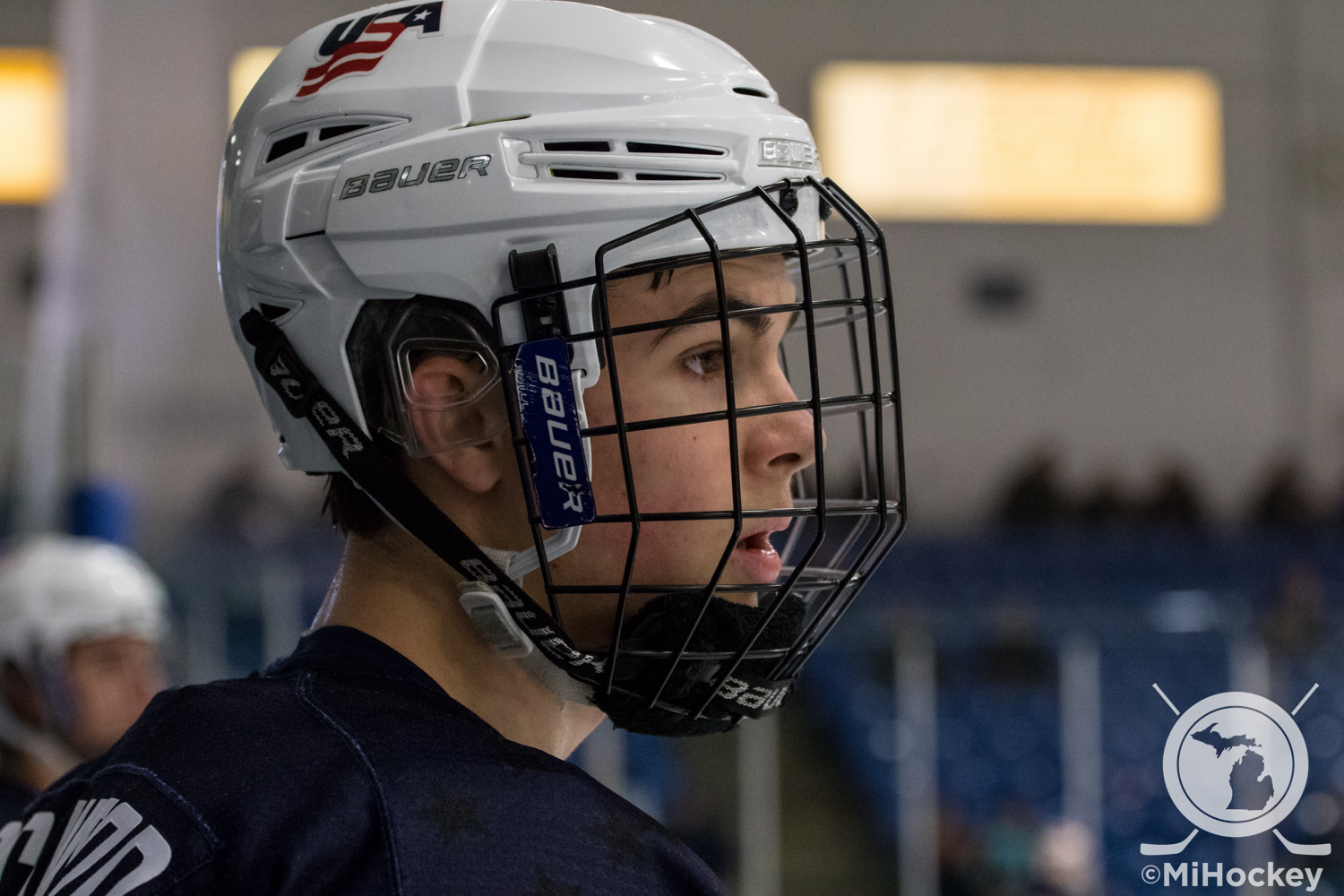 Rogers Arena, the home of the Canucks, is 2,500 miles away from Bloomfield Hills, Mich.

Will Lockwood has never been to Vancouver.

Neither of those details kept the Canucks from being one of Lockwood’s favorite teams growing up, however.

Vancouver was one of Lockwood’s ‘go-to’ teams when he was playing video games growing up.

With the Sedin twins being on the roster, few could blame the Bloomfield Hills native for making the Canucks a team-of-choice for ‘chel battles with his friends.

Lockwood, a University of Michigan commit and product of USA Hockey’s National Team Development Program, will soon have the chance to visit Vancouver for the first time; the Canucks drafted him No. 64 overall in the 2016 NHL Draft. 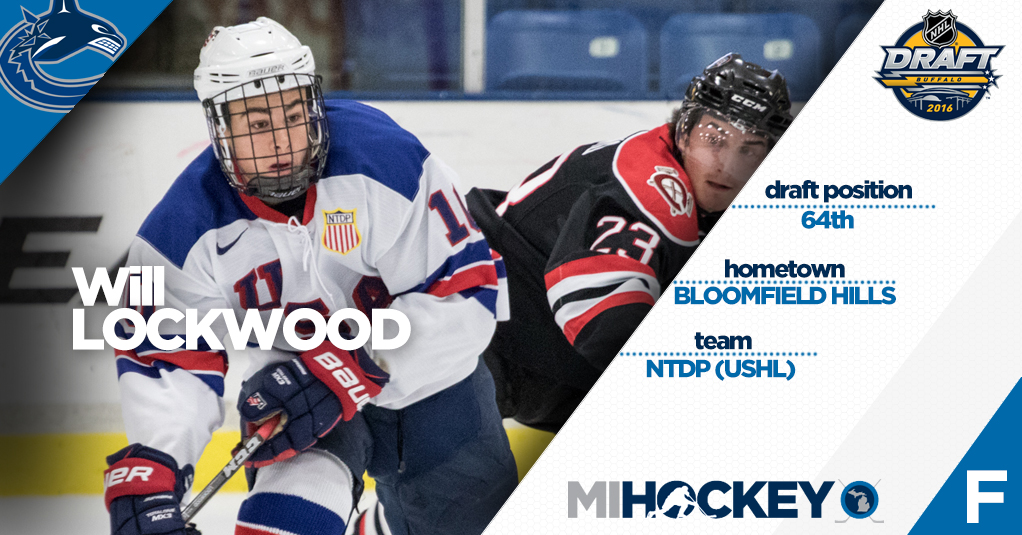 “Oh wow, yeah it was an incredible experience,” Lockwood said of his draft day experience. “We were at home with all my family and friends, and when my name was called, everybody went crazy. It was really cool.”

As it turns out, a commercial during the NHL Network broadcast made for an interesting reveal for the Lockwood household.

“Actually, there was a commercial going when my name was called, so I got a text, one of my buddies saw it online, so everybody kind of went crazy after that.”

From there, it was a phone call from Vancouver GM Jim Benning for more congratulations.

“It was crazy,” Lockwood said. “Just to talk to him was cool, for them to really believe in me and take me in the third round was really special.”

Lockwood was one of 25 players who had suited up for the NTDP to hear their names called during the two-day draft process. The NTDP alum said it was special to see many of his teammates picked by NHL clubs – including a record nine of them in the first round.

“Oh yeah, it was a really good weekend for American hockey, especially the guys on our team,” Lockwood said. “I think there was a spurt there where three or four of us got drafted all around the same time, so that was a really cool experience, and then in the first round, I remember staying up to watch because I thought maybe somebody from my team would go late in the first round and then [Trent Frederic] did and I couldn’t been more happy at the time for him.”

Having supportive parents – and a Wolverines hockey alum in his father, Joe – helped Lockwood along the way, as well.

“My parents have had a huge impact on my hockey career, where my mom was driving to practices, my dad’s driving me to practices and games,” Lockwood said. “My dad was a player too, so to have him as a role model was a huge thing for me, and he taught me a lot on and off the ice.”