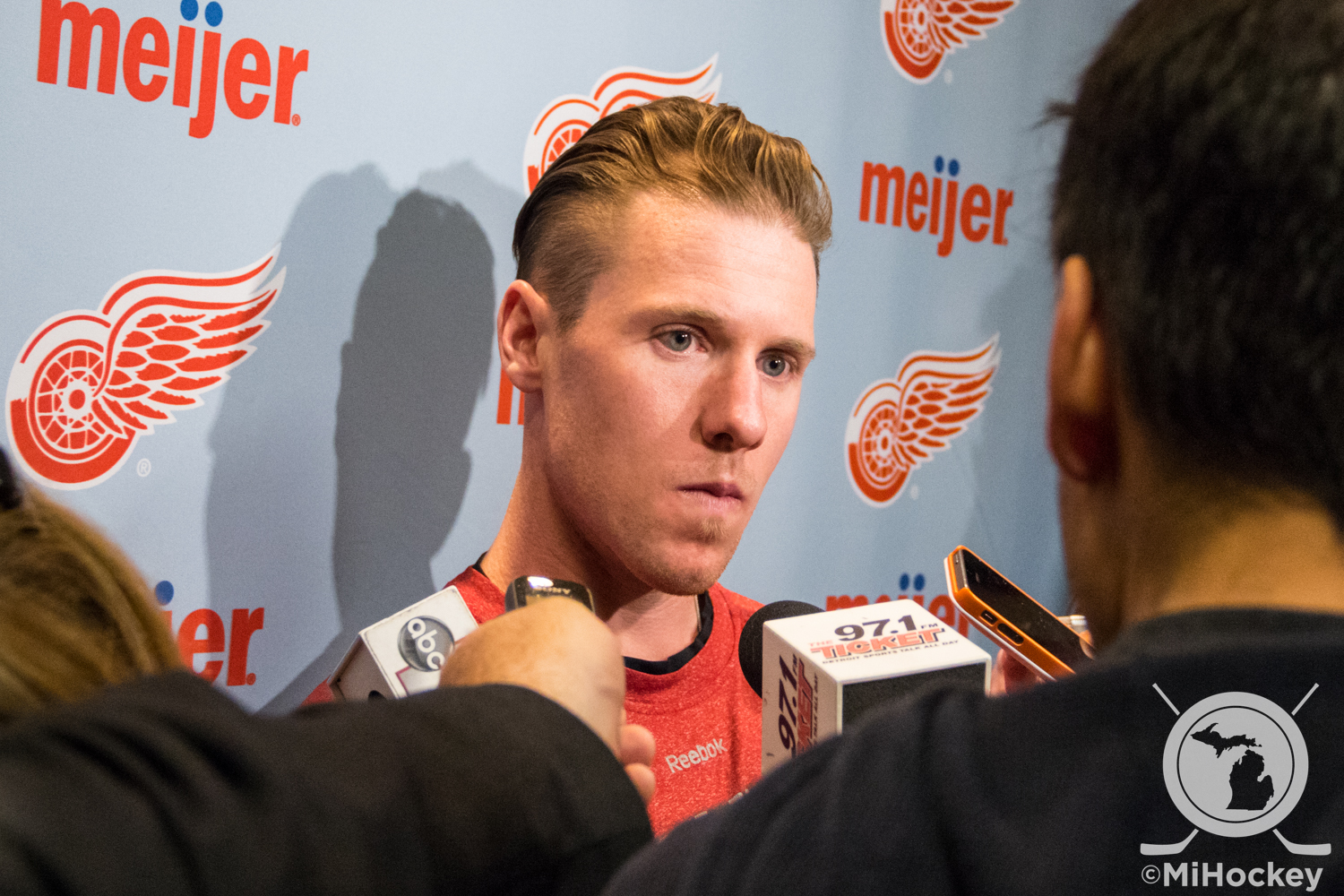 DETROIT – Mystery and uncertainty surrounds the Red Wings’ crease heading into the summer much like it did last summer.

But for veteran Jimmy Howard, who saw Petr Mrazek take over the starting job after Game 2 of the playoffs, he said he put himself in his current position and is only worried about what he can control.

“That was moreso on me, having the one bad game there against New Jersey and then Winnipeg and Petr was playing hot, and they decided to go with the hot hand, so for me it’s just controlling what I can control and that’s myself,” Howard said.

Mrazek, 24, is a restricted free agent and is poised to receive a hefty raise from his entry-level $737,500 salary, leaving the Wings in a tough spot as Howard is already making $5.3 million until 2019.

“Yeah,” Howard said. “It’s part of the business. A lot of people go through it in this business, so if that were to happen, then it happens.”

It’s possible that Howard, who has spent all of his career with Detroit, could’ve played his last game in a winged wheel sweater.

“Yeah, I’ve considered it, but we’ll wait and see what happens.

“It would be disappointing, I know a lot of great people here in this city and made a lot of great friends. That’s the nature of this business. Sometimes you’ve got to pack up and move on.”