UPDATE (Feb. 23): Add Brendan Shanahan to the list of Red Wings alumni slated to participate in the outdoor game with the Avalanche.

Today, the NHL announced updated rosters for the Red Wings vs. Avalanche alumni game as part of the rivals’ Stadium Series game outdoors in Denver later this month.

Notable additions include Steve Yzerman and Darren McCarty for the Red Wings. 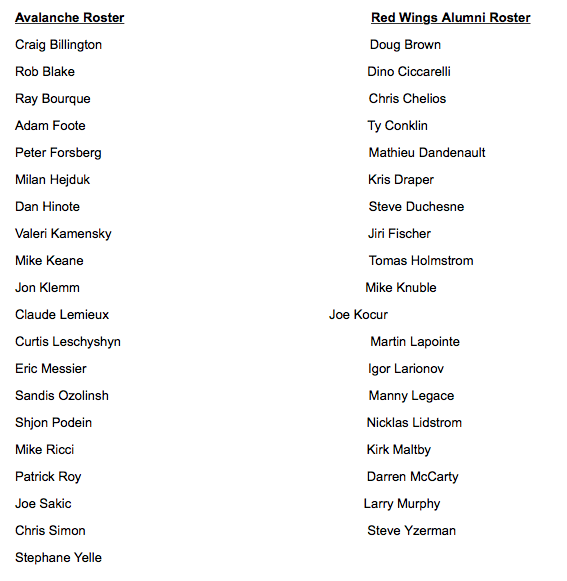 The two alumni teams will square off on Friday, Feb. 26 at 5 p.m. MT, a day prior to the 2016 Coors Light NHL Stadium Series game between today’s Red Wings and Avalanche rosters.