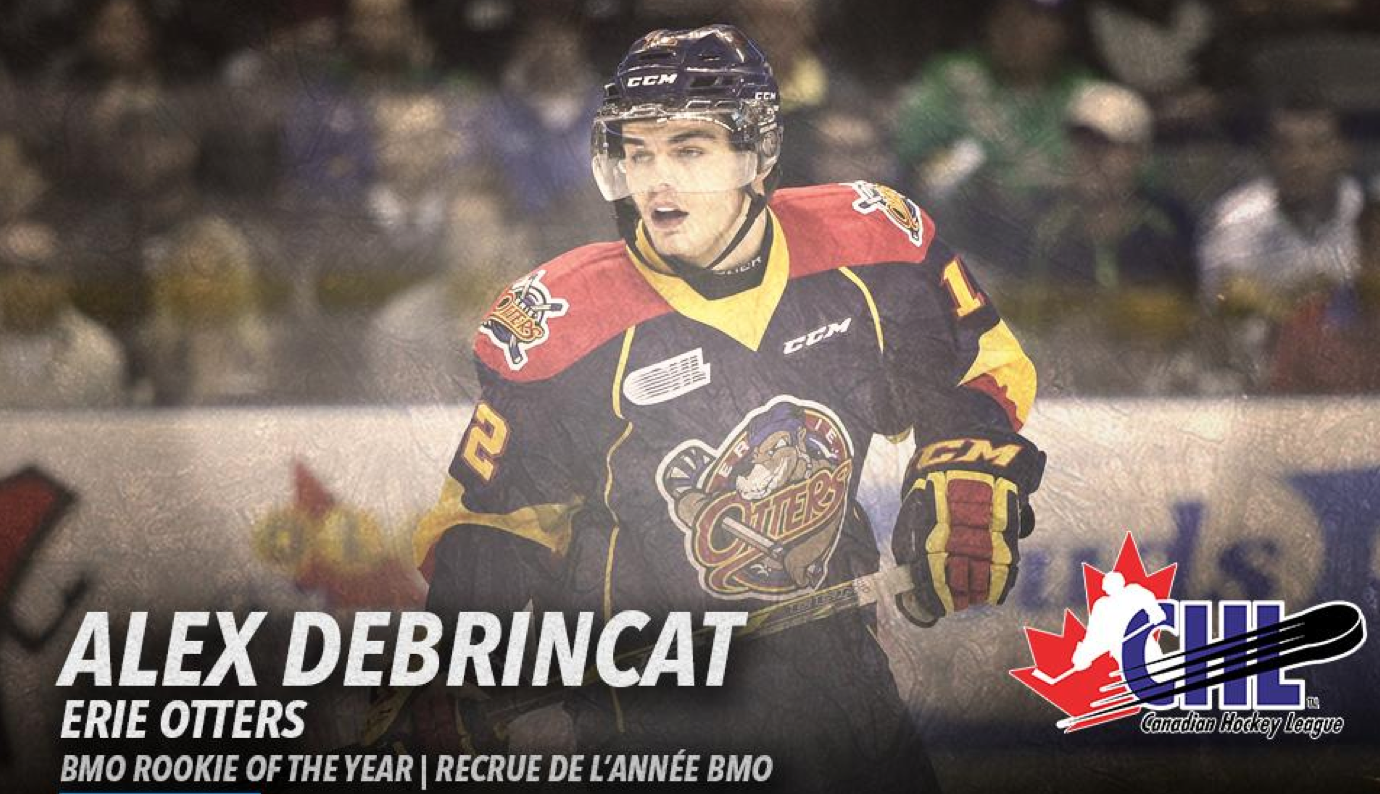 Today, he received an even more prestigious honor.

DeBrincat, a forward with the Erie Otters, was named the Canadian Hockey League’s rookie of the year, meaning that he was the top rookie performer across the CHL’s three member leagues – the Quebec Major Junior Hockey League, the Western Hockey League and the Ontario Hockey League.

Skating alongside potential No. 1 overall draft pick Connor McDavid, DeBrincat held his own in his freshman season with the Erie Otters, racking up 51 goals and 53 assists for 104 points in just 68 games.

DeBrincat ranked No. 7 overall in the entire OHL with his 104 points.