There are instructional hockey clinics and then there is Pure As Pond Ice.

An organization that started in 2009 in the lakes area of Oakland County with a group of passionate hockey players from the surrounding communities, the group saw an opportunity to make a change and spread the joy of pond hockey to Detroit by bringing their passion for the game to underprivileged inner-city kids.

“The saying ‘pure as pond ice’ was first used during a late night skate under the lights,” said Pure As Pond Ice co-founder and director of executive operations Timothy Hooker. “We realized that pond hockey was more than a game, but a chance to connect with nature, share it with your friends and pass down the tradition to your children to leave a legacy behind.” 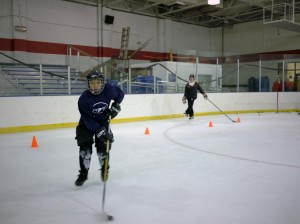 The group originally started as an apparel company and video epilogue that was involved in sponsoring youth teams, but quickly evolved into a team with a mission – to bring a youth hockey revolution to the city of Detroit.

Founders Aaron Schneider, Brian Smith and Hooker all put together their knowledge of business, the game of hockey and took off on an entrepreneurial adventure. Teaming up with the Blackstone Launchpad consulting firm at Wayne State University, Pure As Pond Ice then connected with Think Detroit PAL, the cities largest youth athletic organization and then the Detroit Hockey Association to form the Grassroots Hockey Coalition of Detroit.

Everyone involved with the organization is in their early 20s and played hockey either at the high school or junior level in metro Detroit.

“We took on the most passionate people about the game who had experience and knowledge,” said Hooker. “It’s easy to tell if someone has passion for what they’re doing because they will sacrifice their time to give back to a game that gave them so much. We have a great group of guys with a diverse background who are now college and professional hockey players, junior players and former players who are now business majors in school.”

Back on April 14, Pure As Pond Ice staged a free clinic at the Jack Adams Arena in Detroit that was well-received by the players and parents.

“The kids loved it and the parents were thoroughly impressed with our hockey knowledge,” said Hooker. “We brought a professional and fun attitude to deliver a superior product for no cost. We teach fundamentals and Individual skills to build strong team players. We hope to continue developing our programs and host a variety of camps teaching different skills building character in the youth of Detroit.”

Hooker, who played junior hockey in Waterford for the Metro Jets along with instructors David Merkle, Jonathon Elliott and Morgan James, said Pure As Pond Ice is a way to give back to the game that gave him so many opportunities.

“We see the joy of kids learning to play hockey just like our instructors taught us,” said Hooker. “We’re basically passing down the game of hockey like our former coaches and instructors did for us.”

Looking ahead, Hooker sees a bright future for his group, especially south of 8 Mile Road.

“The future of Pure As Pond Ice is limitless in Detroit,” Hooker said. “We plan to build a sustainable youth hockey presence in the inner city and plan on hosting several clinics throughout the summer and developing a large house hockey league at Jack Adams Ice Arena next season. 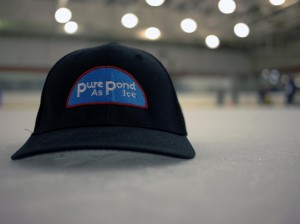 “The barrier for entry in an area like Detroit is very minimal and to be an agent of change is easy with positive action. We saw an opportunity to be a catalyst of change and spread the game of hockey to underprivileged children by subsidizing the sport. We are working alongside other non-profits who support our mission and that makes it easier when you’re working with other teams.”

Next February, Pure As Pond Ice will be hosting the first annual Pond of Dreams Championship, a major fundraising event to be played on Cooley Lake and hosted by the Cooley Lake Inn.

“This has been quite the venture spent with weekly meetings, pitches to partners, late night whiteboard sessions, hours of pond hockey and educating ourselves on non-profit management,” said Hooker. “Our mission is to provide youth development through the game of hockey by building character and leadership in kids. Pure As Pond Ice is an action and lifestyle something that proves good things are happening in this world.

“I hope it inspires all hockey players to do good in their communities and be a successful individual on and off the ice.”