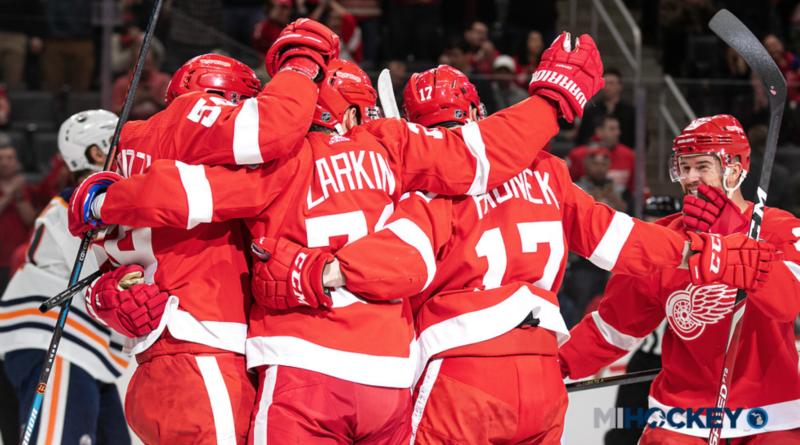 UPDATE: The team unveiled official start times for each game on Monday, Jan. 4, which can be found below.

As an early Christmas gift, the NHL released the 2021 schedule on Wednesday.

As we recently learned, each team will only play other teams within its realigned division this season.

Which, for Detroit, means the Wings will square off against new Central Division foes Chicago, Carolina, Columbus, Dallas, Florida, Tampa Bay and Nashville throughout the season.

The Wings will open the season Jan. 14 at Little Caesars Arena against the Hurricanes to begin a four-game homestand.

Perhaps the most bizarre run will see the Wings play Dallas four times during the week of April 19-25.

All game times are currently listed as T.B.A. 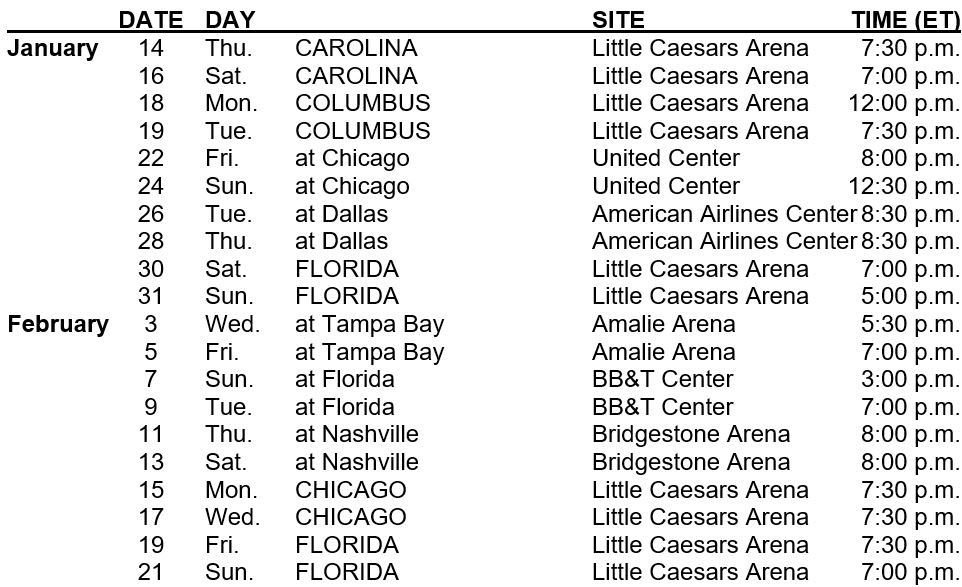 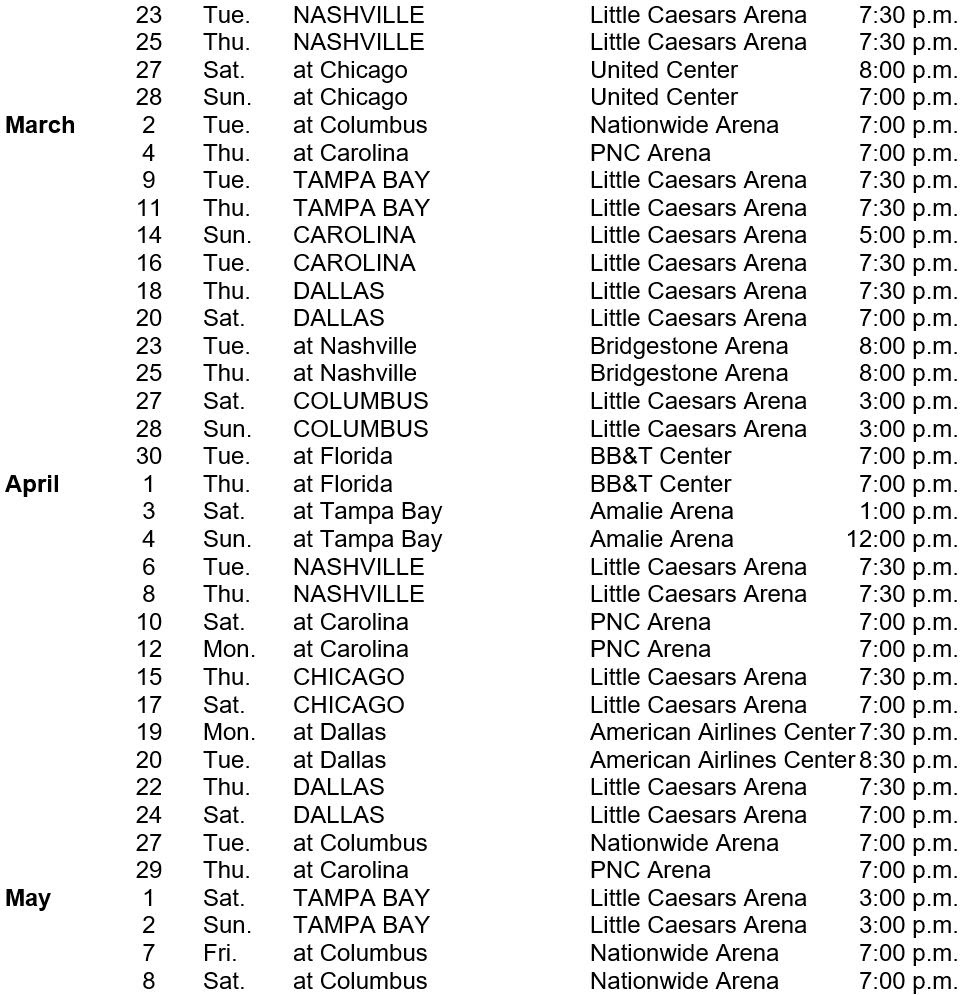