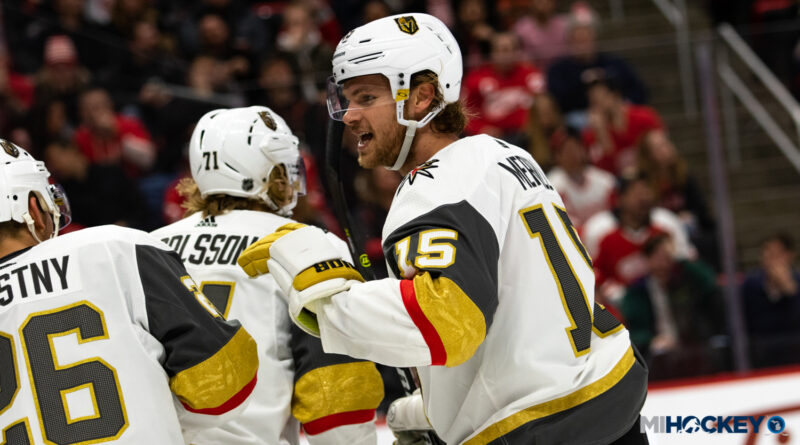 The Brighton native and product of USA Hockey’s National Team Development Program and the University of Michigan has signed a one-year deal with the Detroit Red Wings.

A 1992 birth-year defenseman, Merrill played 14U, 16U and 18U hockey with Little Caesars before joining the NTDP in 2008-09. He was originally born in Oklahoma City.

A second-round pick in 2010 to New Jersey, Merrill has played in 356 NHL games with the Devils and the Vegas Golden Knights, recording 61 total points in the time frame.

In 2010-11, Merrill helped his Michigan Wolverines capture a CCHA title before reaching the NCAA Frozen Four’s title game; Merrill was named to the NCAA All-Tournament Team in the process.

This past season, Merrill played in 49 games for the Golden Knights, recording seven points and a +9 rating.

Upon coming home from the NHL Bubble during the postseason, he was the subject of the viral video below.

I told the girls we had a big surprise.. little did they know Daddy was home from the @NHL bubble ❤️ pic.twitter.com/sztth8Bo3i