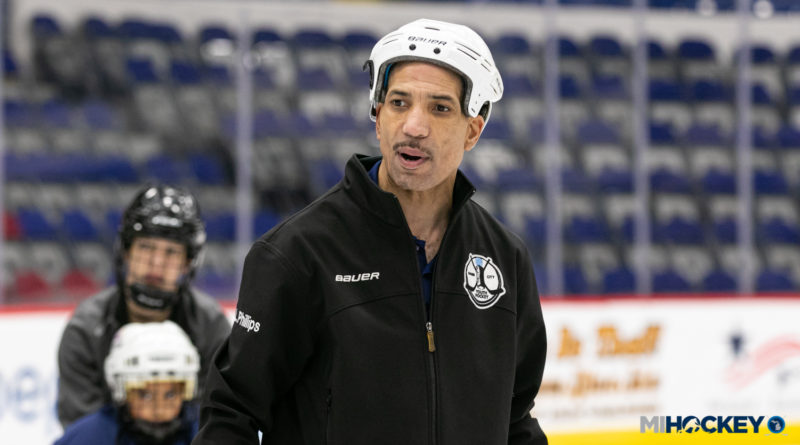 He may have retired as a firefighter, but he’s got a new job in the sport he loves.

Flint’s own Rico Phillips has been named the newly-created role of director of cultural diversity and inclusion for the Ontario Hockey League.

Phillips, whose work with the Flint Inner City Youth Hockey Program led to international recognition after he was named the NHL’s Willie O’Ree Award winner in 2019, will “establish and lead a committee to provide guidance and expertise to the [OHL] and teams to help ensure that the game is inclusive for all players, staff and fans.”

Phillips, a referee since the 1980s, started the Flint program in 2010, and he has since been regarded a leader in growing the game.

“There is no question that the biggest challenge facing hockey and sports, at all levels, is how to ensure that the game is inclusive,” Phillips said in the OHL’s release. “I believe the key to doing this is to work hard to eradicate racism and ensure an environment that is free from any discrimination. I am looking forward to working with the League and the Cultural Diversity and Inclusion Committee on these very important, and I believe attainable, goals.”

“Rico Phillips has proven over the years that he not only understands hockey, but he understands the role that community plays in the sport and the challenges that face players and teams with regards to racism and inclusiveness,” said OHL Commissioner David Branch. “I am very pleased that he has agreed to join the OHL in this critical role and I look forward to his ongoing contributions in this important area.”

More on Phillips and his youth hockey program in Flint: