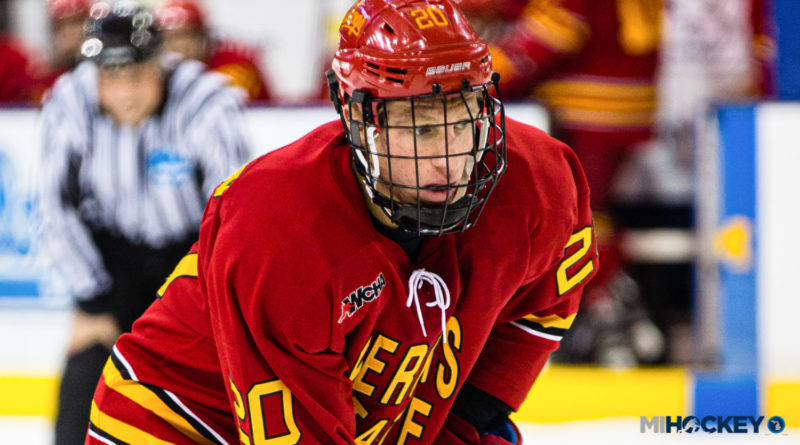 Has a nice ring to it.

Wyandotte native and Iowa Wild forward Gerry Mayhew has been named the AHL’s most valuable player.

Mayhew is a product of Wyandotte Roosevelt, was a Mr. Hockey winner in high school. After two years in the USHL, he went on to thrive at Ferris State before joining the professional ranks in 2017-18.

Sixty points in 2018-19 earned him a contract with the Minnesota Wild heading into this season, and he appeared in 13 games with the NHL franchise.