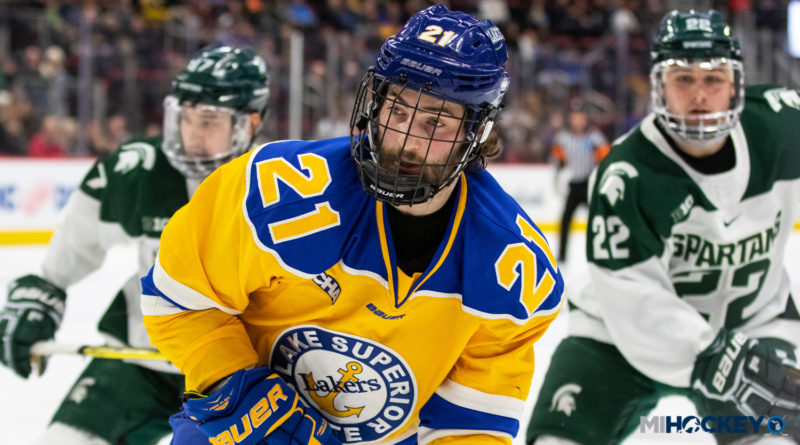 Fresh off serving as a captain of Lake Superior State as a senior, Humitz has signed a one-year deal with the AHL franchise, as has Notre Dame senior defenseman Tory Dello.

Humitz played four seasons for the Lakers, recording 111 points and 153 penalty minutes in 149 career games. He was named All-WCHA Second Team after ranking second in the conference with a career-best 22 goals and 35 points.

He is a two-time WCHA All-Academic Team selection and one of 10 finalists for the 2019-2020 Senior CLASS Award.

Dello signed with the Griffins on an amateur tryout basis on March 11, making his professional debut later that night. A four-year letterwinner at Notre Dame, the 23-year-old defenseman recorded 40 points and 113 penalty minutes in 154 total NCAA games.