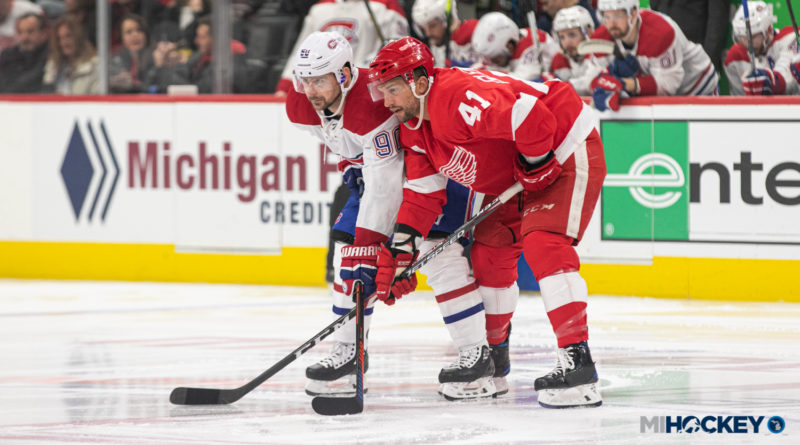 Somehow, the Red Wings have accomplished a franchise first this season, and it’s something good, not something bad.

With a 4-3 comeback win against Montreal Tuesday night, Detroit has swept its Original Six rival in their four-game season series – something the Wings have never done before.

Andreas Athanasiou scored twice in the third period (during his Bobblehead Night, no less), while Mike Green and Robby Fabbri also found the back of the net for the Wings in the victory at Little Caesars Arena.

“It feels good to beat those guys four times,” Dylan Larkin told reporters after the game (quote via RedWings.com) They got a good goalie, good group, good team there. It feels good. It’s a team that in the past couple of years we’ve struggled against. I remember when they came in here a couple of time last year and beat us pretty bad. It was a chippy game. I think before the season series started, we remembered that. We came out with four solid games, and tonight’s a different story where we come from behind. It took us a little bit to get going. I think our big guys got on the scoresheet, which was good to see, and Bernie did another great job.”

Below is a quick look at the first three games between the two iconic franchises:

Oct. 10: A 4-2 win in Montreal – Anthony Mantha’s hot start to the season included his game-winner in the latter stages of the second period.

Dec. 14: A 2-1 win in Montreal – Bernier made 42 saves, while Tyler Bertuzzi and Mike Green’s goals made sure a late strike from former Wing Tomas Tatar wouldn’t ruin Bernier’s strong outing.

And here are the highlights from last night’s win: