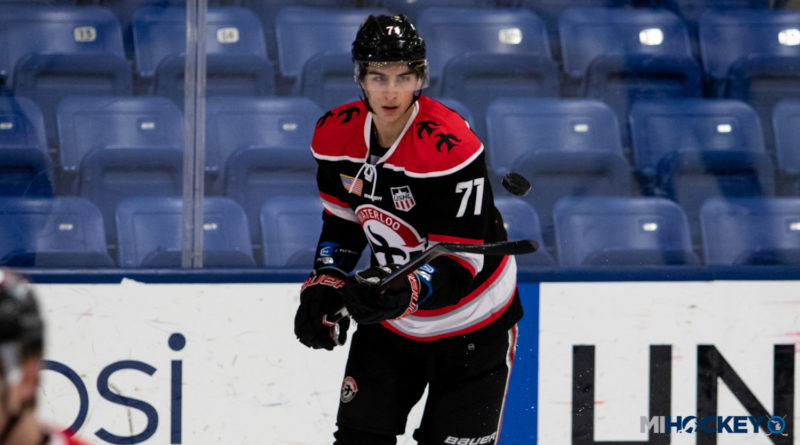 Patrick Guzzo’s on his way to the Buckeye State.

“The Ohio State Buckeyes was a program that had shown a lot of interest in me,” Guzzo told MiHockey. “When I visited OSU I was blown away with everything they had to offer, not only hockey but academics as well. It’s a place I fell in love with and it was a no-brainer for me.

“It’s a place I want to be at for the next four years.”

Guzzo was previously committed to the Buckeyes’ most notable rival – the Michigan Wolverines.

This year, as a USHL sophomore, the Little Caesars product has 17 points in 31 games for the Black Hawks.

He was invited to the BioSteel All-American Game as part of the USHL all-star squad, but missed the contest in Plymouth due to an injury.

Guzzo has been invited to the USA Hockey National Select Camp for his age group each of the last three seasons, as well.