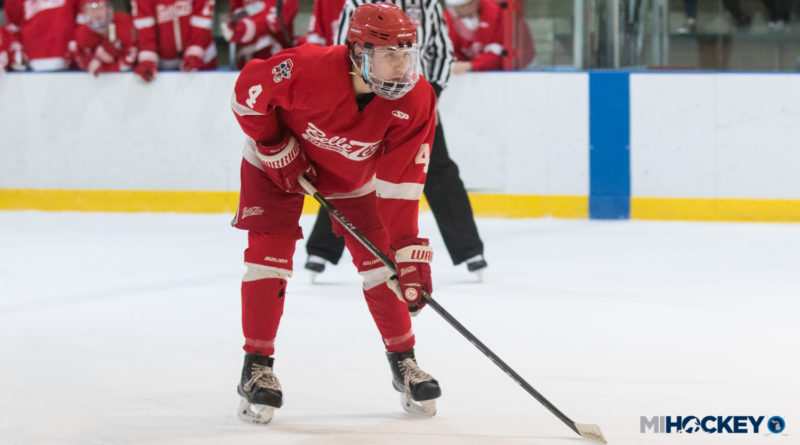 Drew Cooper’s hockey journey has taken him all the way to Coquitlam, British Columbia, but soon, he will be much closer to home.

The Ann Arbor native has committed to the Ferris State Bulldogs during an impressive sophomore campaign in the BCHL.

“I chose Ferris State because it is a great combination of hockey and school,” Cooper told MiHockey. “In addition, the coaching staff has a long standing track record of success. Growing up in Michigan, there is plenty of college hockey to watch, so getting the chance to play at the division one level in my home state is very exciting.”

Through 47 games this season, Cooper has produced 27 points from the blue line; the 6-foot-1 defenseman also has 33 penalty minutes.

Before making the jump to the BCHL in 2018-19, Cooper suited up for the Belle Tire 18U team, helping them win a MAHA state title.

From 2015-2017, Cooper played for HoneyBaked; before that, he skated for Compuware and Victory Honda.