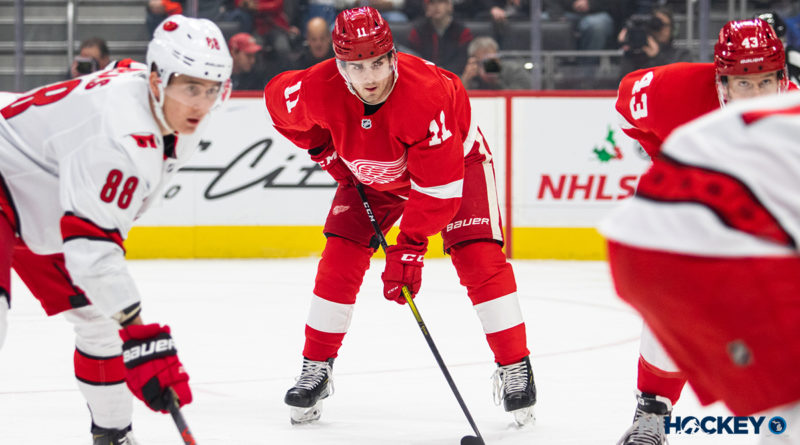 The Detroit Red Wings announced that two players have been sent to Grand Rapids – Filip Zadina and Taro Hirose.

Zadina was in Detroit as a recent call-up; Hirose had made the team out of training camp.

The Wings do not play again until Saturday night when they host the Penguins; Grand Rapids has games on Wednesday and Friday.

At the moment, Detroit only has 11 forwards on the active roster.

Hirose, a Michigan State product, is in the midst of his first professional season. He has recorded two goals and five assists for seven points in 23 games.

The former Spartan was not in the line-up for the Wings Monday evening.

Zadina registered two points in his five-game call-up this season, posting assists in the Wings’ last two games. He only played 11:29 Monday night, however – the least amount of ice time he has received since the call-up.