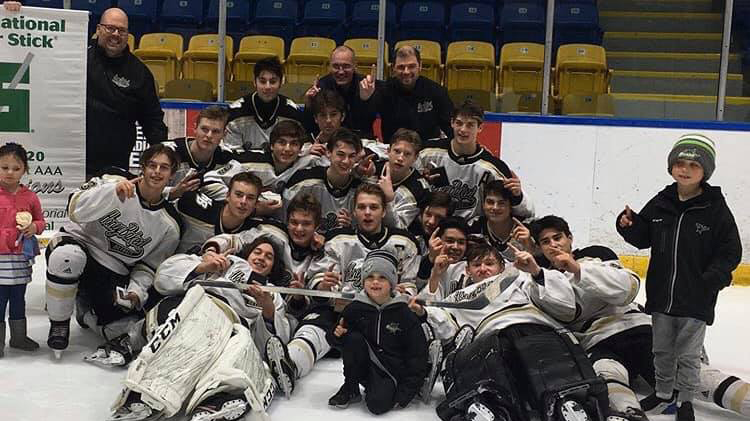 It was All-Michigan battle at the prestigious International Silver Stick Final in Whitby, Ontario.

HoneyBaked emerged with the bragging rights.

The HB 15O team beat HPHL rival Compuware 7-0 in the championship game of the famed tournament, wrapping up a perfect run through seven games.

After one goal from Cole Spicer in the first period of Sunday afternoon’s title game, HoneyBaked exploded for six goals in the second period. Frank Nazar scored, followed by goals from Owen Baker and Spencer Sova, before Max Namestnikov wrapped things up with a natural hat trick in the span of 2:20.

It was more than enough scoring for goaltender Andrew Oke to stop every shot sent his way by HB’s neighbors from Compuware.

HoneyBaked outscored their competition 43-8 during the team’s run to a title. Here is a quick glance at each of their games leading up to the championship contest:

Frank Nazar led the tournament in scoring, recording 15 points in the seven games. Max Namestnikov finished second with 13, and Cam VanSickle was third with 12.

Owen Baker, Spencer Sova and Cole Spicer all had nine points apiece, while Chase Pietila had eight. Sova and Pietila led all defensemen in scoring in the tournament.

Compuware, meanwhile, posted a 6-1 record in the event. Here is how they fared en route to the second-place finish: