The Western Michigan Broncos recorded a sweep of in-state rival Ferris State this weekend, and Rhett Kingston’s celebration near the end put an extra exclamation mark on the big two wins.

Kingston, a sophomore forward from Black Diamond, Alberta, registered a hat trick in the Broncos’ 8-2 win on Saturday. After his third goal, he took off his glove and put his hand in the air.

The WMU forward was born with only three fingers; check out this great MLive article on how it didn’t keep him from excelling on and off the ice.

Here is the celly, dug up by the Grand Forks Herald’s Brad Schlossman. To see the video, click on the image. 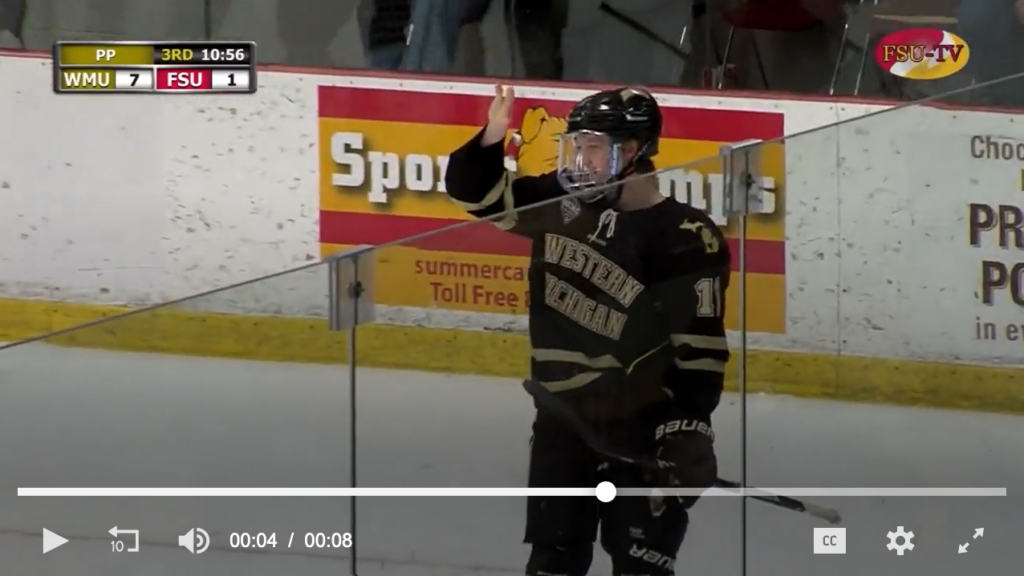 The Broncos started the weekend home-and-home series with a 4-2 victory at Lawson Arena Friday. There, Hugh McGing, Paul Washe, Ronnie Attard and Austin Reuschhoff all scored, while Brandon Bussi made 21 saves to get the win between the pipes.

Saturday, the series shifted to Kalamazoo, but it didn’t bother the Broncos. Aside from Kingston’s three goals, Lawton Courtnall scored twice while Rueschhoff, Kale Bennett and Dawson DiPietro also found the back of the net. Bussi needed only 14 saves for the win.