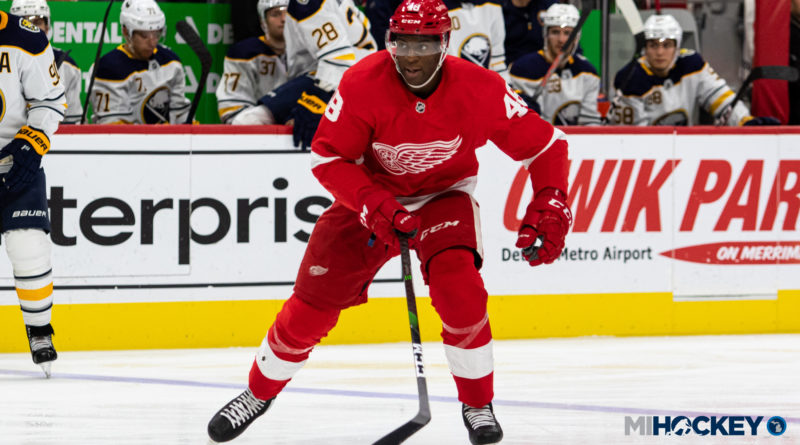 If there was ever an indication that Givani Smith was on the cusp of finding a niche with Detroit, it’s a second call-up from Grand Rapids this early in the season.

On Monday, the Red Wings recalled the 21-year-old forward for the second time this season. In a corresponding move, Detroit placed Justin Abdelkader on injured reserve as he will be out a minimum of three weeks per head coach Jeff Blashill.

Smith has posted seven points in ten games this season with Grand Rapids, but zero in his three-game stint with Detroit. With Justin Abdelkader reportedly not practicing Monday, it’s assumed that Smith may fill in for him on the fourth line with the Wings set to make a three-game California road trip beginning tomorrow in Anaheim.

A native of Toronto, he spent four seasons in the OHL, posting a total of 135 points and 411 penalty minutes in time with the Barrie Colts, Guelph Storm and Kitchener Rangers.