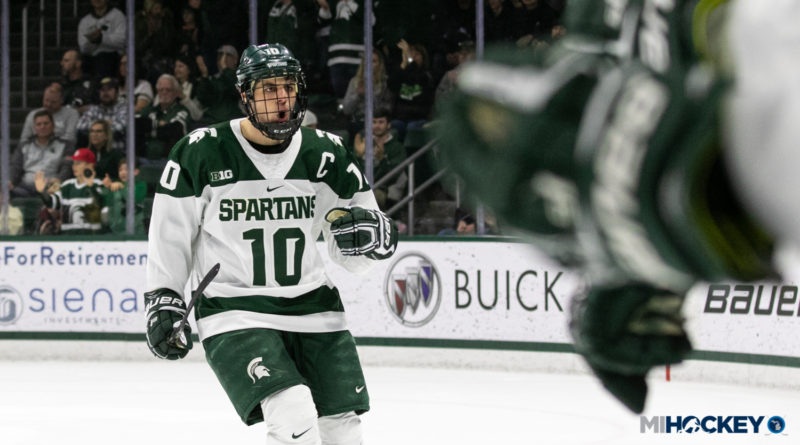 The winner against No. 3 Notre Dame will get you some attention.

Sam Saliba did more than just that, though.

The Spartans’ captain scored three of his team’s four goals in their weekend set with the Fighting Irish, making him the No. 1 star in the Big Ten this week.

Saliba scored Michigan State’s lone goal in a 1-1 tie on Friday, then he scored a pair – including the game-winner with under two minutes to go in regulation – in Saturday’s 3-2 win.

He keeps the Michigan State streak of first stars going, as well, as goaltender John Lethemon was named first star last week, and Patrick Khodorenko before him.

Saliba now has three goals and three assists for six points in 12 games.

MSU currently checks in at No. 3 in the Big Ten with a 4-1-1 record; they entered the national rankings at No. 20 after the big weekend against Notre Dame.