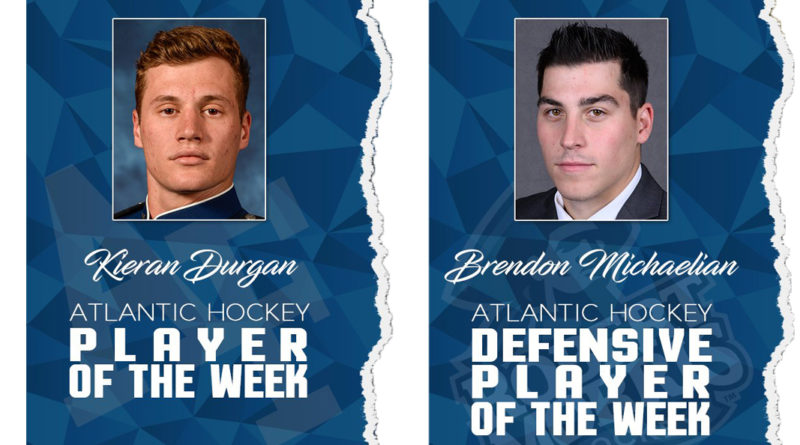 A pair of Michigan natives competing in the Atlantic Hockey conference had some big weeks worth some recognition.

Kieran Durgan and Brendon Michaelian have been named players of the week by the conference, it was announced on Tuesday.

The Lansing Capitals and Shreveport Mudbugs (NAHL) alum, a sophomore, posted two goals in a 3-2 win on Saturday, following two assists in a 4-2 win on Friday.

He has six points in 10 games this season out in Colorado Springs.

Michaelian, a Wixom native, doubled his career total in points with four as he helped his Robert Morris squad sweep Canisius.

A Victory Honda and Oakland Jr. Grizzlies product, in the midst of his second season with Robert Morris, scored two goals and added two assists in the weekend sweep, while playing to a +4 rating and blocking five shots.