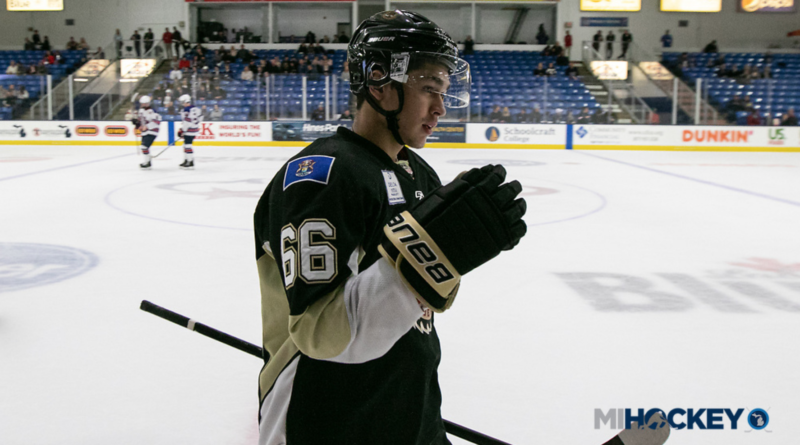 Hockey is a team sport, but Friday night in Muskegon, it was all about Danil Gushchin.

The Lumberjacks forward scored all four of Muskegon’s goals in a 4-3 win, and three of them came in the closing moments of the contest.

In the extra period, he scored a goal that earned the No. 5 spot on last night’s SportsCenter Top 10 Plays list, which is embedded below. Gushchin’s heroics push the Lumberjacks’ winning streak to seven games; they are now 7-4 on the season.

He scores his FOURTH of the game, wins it in OT & might have the goal of the year all in one play!

The goal that forced OT:

Danil Gushchin competes the Hat Trick to tie the game for the @MuskegonJacks with :05 seconds remaining! Two goals in the final 1:24 for MUS to send the game to OT! #WhosNext pic.twitter.com/C3QEDULqfC

And the SportsCenter clip: