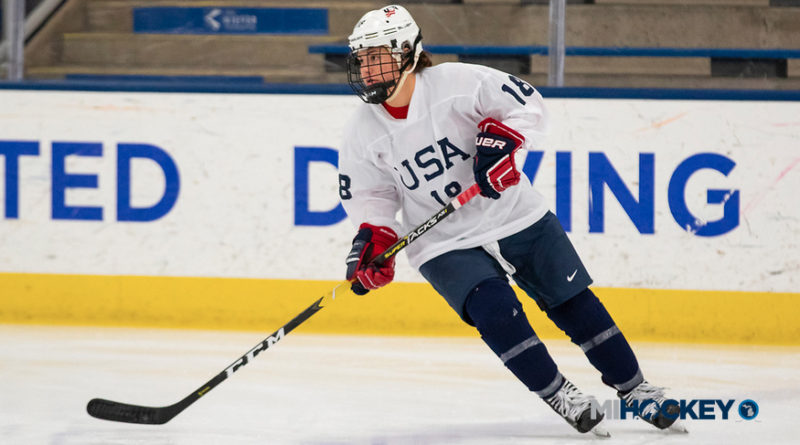 Abby Roque has already set a career-high mark in goals this season, and she has only played 14 games.

The senior forward’s impressive start to the 2019-2020 season has been recognized by the NCAA, as she was named the first star of the week in all of women’s college hockey today.

Roque scored the game-winning goal, along with an assist, in Saturday’s 3-2 win before scoring twice – again with the game-winner – and adding two assists in a 6-1 win Sunday.

She led the WCHA in both points and plus/minus on the weekend, as she played to a +6 rating.

Prior to joining the Badgers, Roque played for Sault Area High School, helping the Blue Devils reach the USA Hockey Arena for the MHSAA state finals in 2013 and 2014.