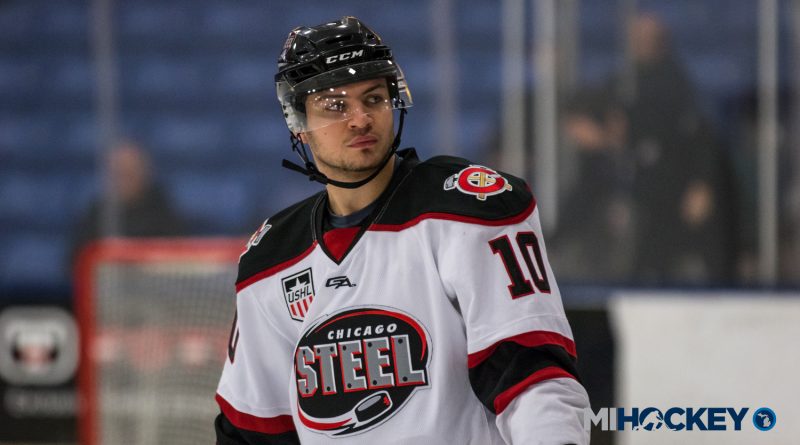 Derek Daschke had himself a weekend for his Miami RedHawks, and the NCHC took notice.

The Troy native was named the conference’s defenseman of the week today, after he led his team in scoring in a two-game set against Ferris State.

Daschke, a sophomore, posted a career-high three assists on Friday, playing a role in three of the four goals in a 4-3 win – the RedHawks’ first victory of the season. He also blocked four shots and finished with a +2 rating, while playing on both the penalty-kill and power-play units.

On the season, Daschke, a Oakland Jr. Grizzlies alum, has five points and a +4 rating in five games.