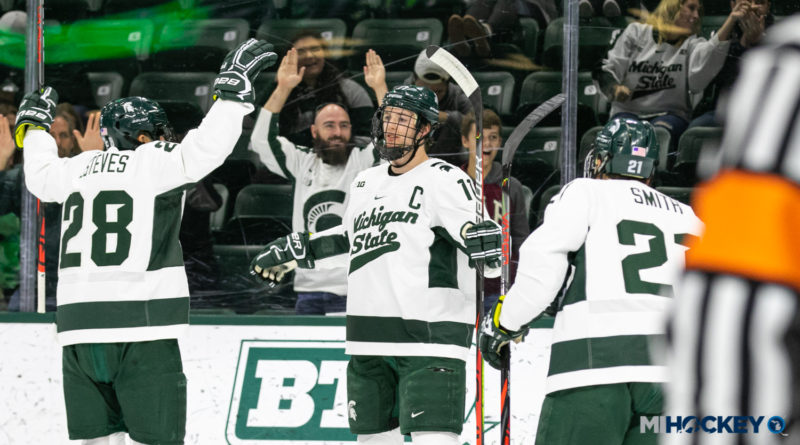 The Northern Michigan Wildcats kicked off their 2019-2020 NCAA season by hosting in-state foe Michigan State for a weekend series, and in the Friday night opener, the visitors spoiled the party.

The Spartans prevailed 5-3 in the first of two battles at the Berry Events Center, thanks in large part to new captain Tommy Apap’s pair of goals – the latter serving as the game-winner.

“I thought we battled tonight,” MSU head coach Danton Cole said. “It’s early on, there’s some rust, some timing things and hopefully tomorrow, that will be better. But, we’re in a hostile environment where it would have been easy to cave in and lose your cool, but we didn’t.

“I love the way we battled and we’ll just keep getting better.”

Check out the highlights from Friday’s season-opening win pic.twitter.com/qswHK7iD6g

Hank Sorensen, Vincent de Mey and Grant Loven scored for the Wildcats, who will look to avenge the home-opener loss in Game 2 Saturday evening. Puck drop is scheduled for 5:30 p.m.

Northern Michigan did a good job of limiting Michigan State’s shots total, as the Spartans only registered 21 shots on goal. Nolan Kent made 16 saves in the loss.