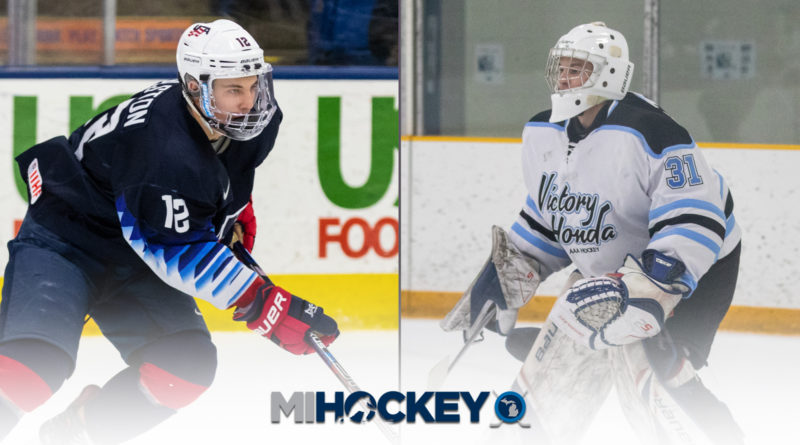 The USHL has filled out its latest players of the week list, and two of the three honorees are Michigan natives.

Rolston, a Birmingham native, racked up a hat trick and a four-point night in a lopsided 9-1 win for his Waterloo Black Hawks Saturday night. A USA Hockey NTDP product and Notre Dame commit, Rolston has five points in six games this season.

McCarthy, a Novi native, posted an 18-save shutout for his Dubuque Fighting Saints on Saturday, helping his squad to a perfect 6-0-0-0 start to the 2019-2020 season.

The Little Caesars and Victory Honda alum is currently tied for third in goals-against average (1.50) and fourth in save percentage (93.8) in the USHL.