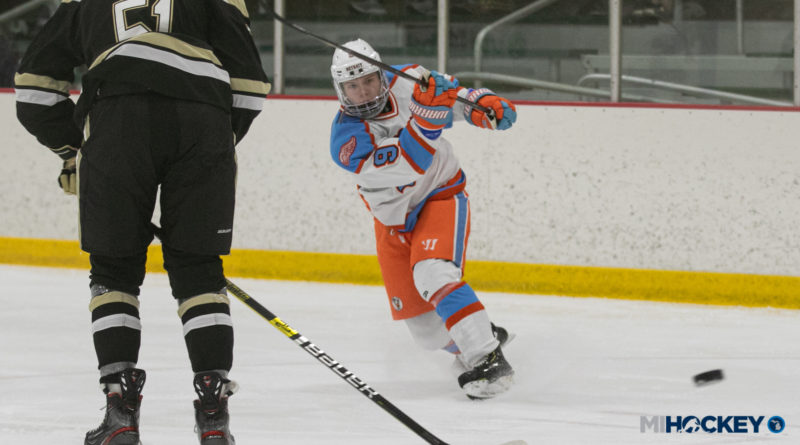 The Spartans have locked up one of the top players on the Little Caesars team that won a USA Hockey 15-Only National Championship last spring.

Nikita Tarasevich has announced his verbal pledge to Michigan State. The native of Minsk, Belarus has been playing for Little Caesars the last four seasons.

“I just had a dream when I came to the U.S. and I didn’t know which way I would go to get there. I’ve realized getting a college education was really important for me and I had some great options.”

A third-round pick of the Omaha Lancers in last spring’s USHL Draft, Tarasevich said he likes the development opportunities presented through the junior-to-college route. He also wants to play for Michigan State coach Danton Cole.

“I really liked Coach Cole’s reputation for hard work and I feel he’ll help challenge me. I feel I will have the best opportunity to develop my game through Omaha then be a strong part of the Spartans. I think the NCAA is an unreal league that will give me a great opportunity to go to the next level, and the college atmosphere is exciting.”

According to Elite Prospects, Tarasevich recorded 63 points in 68 games with his LC squad last season. He scored two goals and added an assist in the national title game last April, leading Caesars to a victory over the Oakland Jr. Grizzlies at USA Hockey Arena.

In the national tournament, he led all players in scoring with 13 points in seven games.

He said he has enjoyed his time in the Great Lakes State, and he wants to stay for his college hockey days, too.

“I have a lot of people here in Michigan who have supported me and I love Michigan, so I also wanted to stay here.”