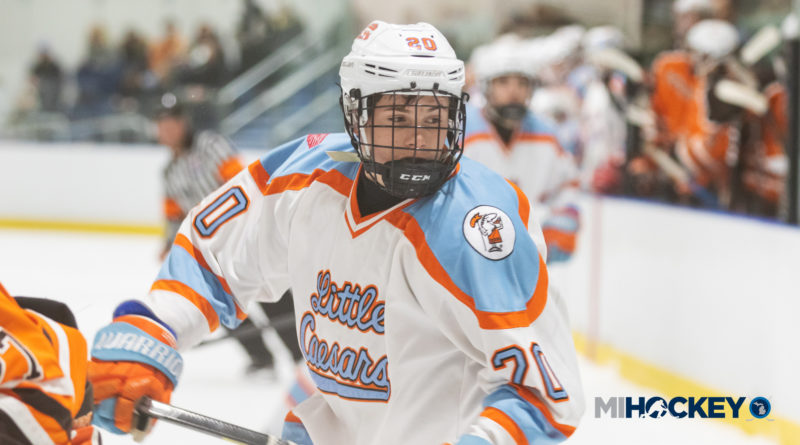 The St. Clair native has announced his commitment to the University of Michigan, his Tri-City Storm (USHL) team posted today.

“I am looking forward to playing in front of friends and family at a university with world class athletic and academic programs,” Estapa said in the release. “Coach Pearson and his staff have done an excellent job of welcoming me into the Wolverine family, and I look forward to contributing to the success of the program.”

Estapa, previously a Western Michigan commit, is in the midst of his first season with the Storm. Before that, he was one of the standouts for the Little Caesars ’02 group that won six MAHA state titles under coach Kris Draper.

The new Wolverines pledge also played for Team USA at the 2019 Hlinka Gretzky Cup in August.

“Mark has a lot of the qualities that we value here in players and people,” said Storm GM/coach Anthony Noreen. “He’s a great teammate who works hard and does things right on and off the ice. He plays heavy and hard, he’s physical, and has enough skill to make plays. I think Mark is the type of guy who you win with.”