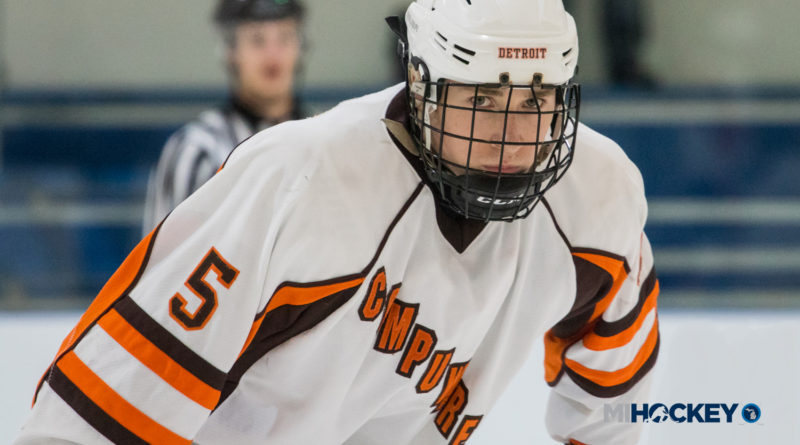 Josh Martin’s hockey journey has taken him from Metro Detroit to Texas.

His next stop? Anchorage, Alaska.

The Brownstown native has announced his commitment to the University of Alaska Anchorage.

“Picking UAA was an easy decision for me, the coaching staff is incredible and they really see value in the type of player I am,” Martin told MiHockey. “I’m super excited to get out there and get started next season with them and see what the next four years have in store for me.”

Martin, a 6-foot-3, 190-pound defenseman, is in the midst of his third NAHL season with the Amarillo Bulls. He has three points and a +3 rating through 15 games this season.

A longtime Compuware blueliner, Martin also played one season with Belle Tire 18U before making the jump to juniors in 2017-18.