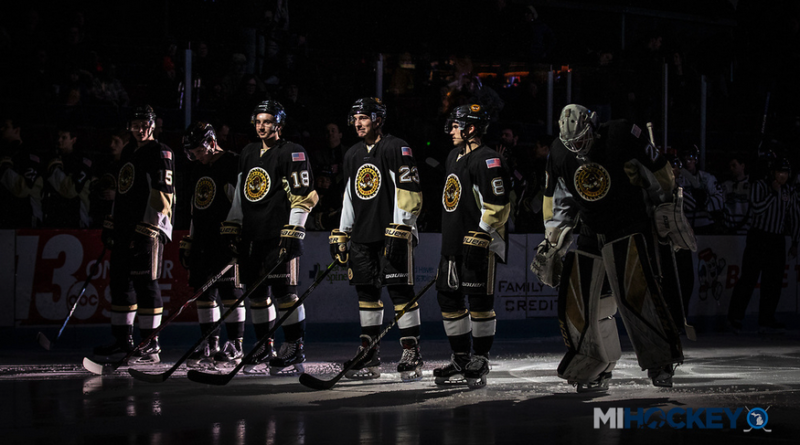 The Muskegon Lumberjacks’ home has a new name.

The L.C. Walker Arena has been renamed the Mercy Health Arena, as the City of Muskegon just announced in a press conference at the facility.

We are happy to announce that the L.C. Walker Arena’s name will be changed to the Mercy Health Arena by the end of the year. Gary Allore, president of Mercy Health Muskegon says, “This is an opportunity to continue investing in a community we care deeply about.” #BeRemarkable pic.twitter.com/ehTU5HTZxw

“The agreement with the Walker Family for the naming rights expired in 2013. The Walker Family is ecstatic about having Mercy Health come in to help perverse the former L.C. Walker Arena for years to come. And to top that off, Harris Hospitality group is naming the new sports bar and restaurant inside the arena, as Carlisle’s, which was L.C. Walker’s middle name. This sports bar and restaurant will also house artifacts and photos from the history of the L.C. Walker Arena.“

The building was constructed in 1960 utilizing money from the estate of the late Louis Carlisle Walker, a “internationally known industrialist, philanthropist, political force, banker, author and patron of the arts” as described by the Muskegon Chronicle in 1963.

The arena has been undergoing substantial renovations the past few seasons, and the Lumberjacks have been following suit. Last year, the team was named the USHL Organization of the Year.