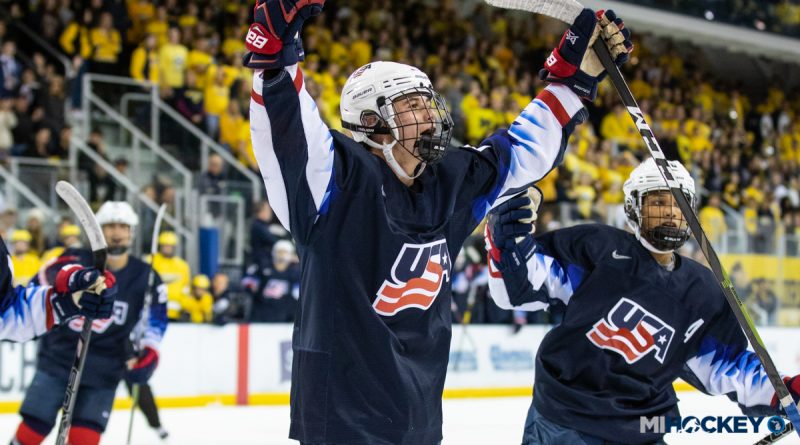 It took him a few more games than he surely wanted, but it also came on quite the stage.

In the first NHL battle between the Hughes brothers, Jack scored his first NHL goal.

The USA Hockey National Team Development Program’s all-time leading scorer lit the lamp for his New Jersey Devils today in their game against the Vancouver Canucks.

Jack’s older brother, Quinn – a NTDP and University of Michigan product – plays defense for the Canucks.

Reports indicated that there were at least 70 friends and family in attendance in New Jersey for the first NHL meeting between the brothers.

They had only played against one another one other time – last year when Jack’s NTDP Under-18 Team played against the University of Michigan in an exhibition contest at Yost Ice Arena.

In that game, the highlight was the brothers taking the opening face-off against each other. Jack scored in that one, too, as he led the NTDP to a bragging rights-worthy victory.

Tonight’s @USAHockeyNTDP vs. @umichhockey game started with a face-off between Quinn and Jack Hughes. pic.twitter.com/1VVoTDcN3z