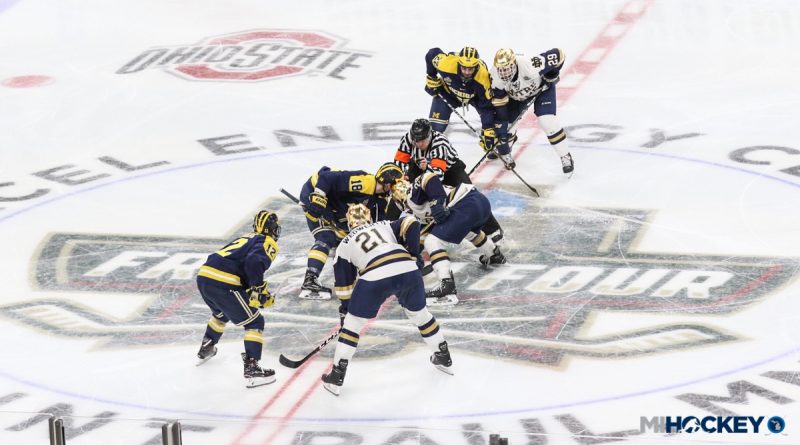 The Detroit Sports Commission has announced today that Fox Sports Detroit’s Greg Hammaren will have a big role in the execution of next spring’s 2020 NCAA Men’s Ice Hockey Frozen Four at Little Caesars Arena.

The senior vice president/general manager of Fox Sports Detroit since 2002, Hammaren will be the chairman of the Frozen Four Local Organizing Committee.

Michigan State University and the Detroit Sports Commission are the official hosts of college hockey’s biggest event, which takes place on Thursday, April 9 and Saturday, April 11.

“The Frozen Four in Detroit is a great opportunity to showcase the city’s passion for hockey, our great people and downtown’s resurgence,” said Hammaren. “The NCAA, city of Detroit, Michigan State University and the Detroit Sports Commission are all looking forward to hosting college hockey fans from across the country and Canada. Little Caesars Arena is an incredible venue to host the Frozen Four and we welcome everyone to Hockeytown!”

The Frozen Four was last held in Detroit in 2010, when it was played at Ford Field.

“We are extremely pleased that Greg Hammaren has accepted the role of Chairman of the Local Organizing Committee for the 2020 NCAA Men’s Frozen Four,” said Dave Beachnau, Senior Vice President of Sales, Marketing and Sports, Detroit Metro Convention and Visitors Bureau, which oversees the Detroit Sports Commission (DSC). “Greg was a founding member of the Detroit Sports Organizing Corp. (DSOC) and has been an unwavering and tireless supporter of the group’s efforts to help the DSC unite the resources of the local community to secure and host sporting events in Detroit. He is committed to making the 2020 NCAA Frozen Four a major success for the NCAA and Detroit.”