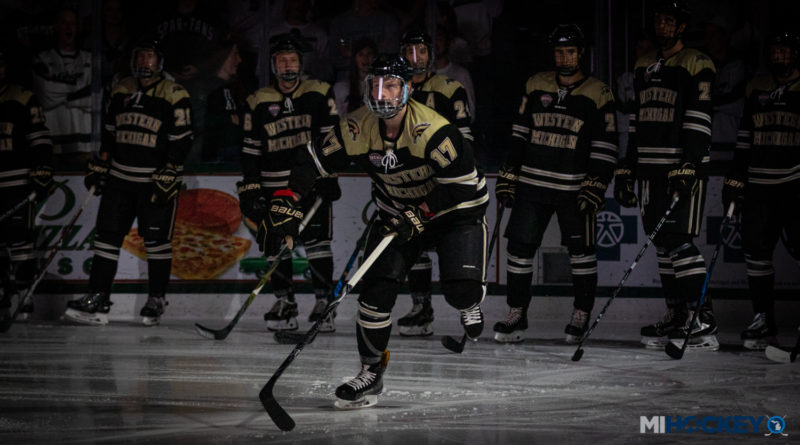 Hugh McGing and Wade Allison have both been named to the 2019-2020 NCHC Preseason All-Conference Team, it was announced today.

McGing, a fifth-round pick of the St. Louis Blues, registered 30 points during his junior season with WMU in 2018-19. The Chicago native has 82 points in total during his three years with the Broncos.

Allison, a second-round pick of the Philadelphia Flyers, has had his first three seasons in Kalamazoo hampered by injuries. Last year, he posted 15 points in 22 games; in 2017-18, he posted 30 in 22.