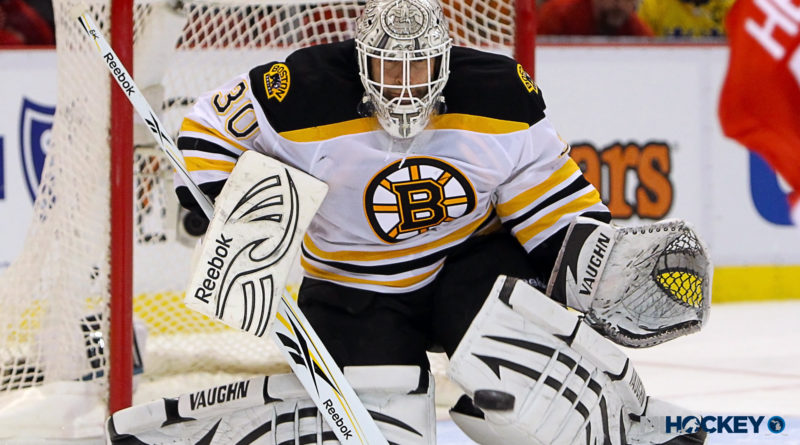 Flint native Tim Thomas is joining some of the country’s best names to ever step foot on the ice.

USA Hockey announced the 2019 U.S. Hockey Hall of Fame class on Wednesday, and Thomas is one of the five names – and the lone Michigan name – among the group. NHL Commissioner Gary Bettman, Brian Gionta, Neal Henderson and Krissy Wendell were also named to this year’s class.

Thomas, 45, was a late bloomer in joining the NHL. Originally a ninth-round pick of the Quebec Nordiques in 1994, Thomas didn’t play his first NHL game until the 2002-03 season with the Boston Bruins at the age of 28. He eventually found a regular role with the club during the 2005-06 campaign following a stellar 2004-05 lockout season in Finland that saw him post a 34-13-7 record, 1.58 goals-against average and .946 save percentage with Jokerit Helsinki.

He enjoyed the most success during the 2010-11 season when he backstopped the Bruins to a Stanley Cup and also took home the Conn Smythe Trophy as playoff MVP. Later that summer, he was also named the Vezina Trophy winner as the league’s top net minder.

Thomas also notably played for the Detroit Vipers during the 1999-00 campaign.