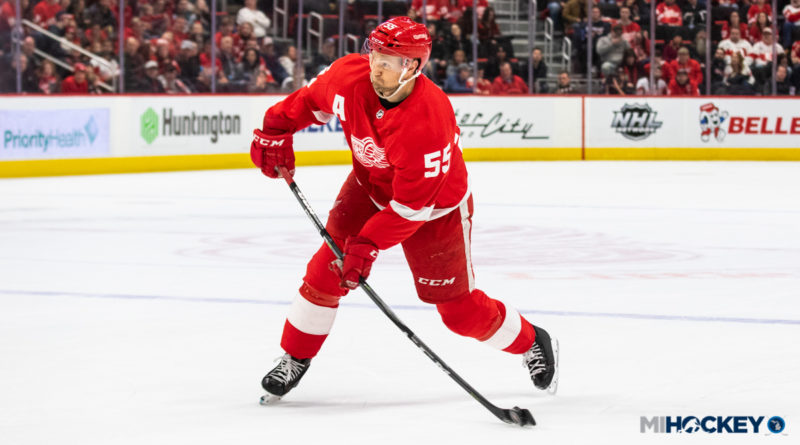 The Detroit Red Wings will be saying goodbye to one of their leaders.

Niklas Kronwall has announced his retirement.

“They say every journey has to come to an end,” Kronwall said in a video released by the Red Wings. “My journey as a player for the Detroit Red Wings ends here.”

The 38-year-old is moving into the front office, joining Steve Yzerman’s staff as a new advisor to the general manager.

“When one chapter ends, another one starts. I’m very excited for my new role within the Detroit Red Wings organization,” Kronwall said.

Originally drafted No. 29 overall by the Red Wings in the 2000 NHL Draft, Kronwall spent his entire career in Detroit, registering 432 points over 953 career games. He finishes his time in Detroit third all-time in games played by a defenseman, and fourth in points from the blue line – trailing only Nicklas Lidstrom, Reed Larson and Red Kelly.

“I’d like to congratulate Niklas on a wonderful career and thank him for exemplifying what it means to be a Red Wing for the past 15 years,” said Red Wings governor, president and CEO Christopher Ilitch. “His impact on our organization has been immeasurable, from his stellar on-ice play which helped us capture a Stanley Cup, to the legacy he built off the ice as someone who was always proud to give back to the Detroit community. It gives me great confidence in the future of the team knowing our young players have been able to learn from him, and I know that Niklas will find success in the next chapter of his career in our front office.”

The term “Kronwalled” is synonymous with Hockeytown, after Kronwall made a name for himself catching opposing players coming across the blue line with devastating body checks despite only checking in at 6-foot-0 and 194 pounds.

“I had the pleasure of playing with Niklas early in his career, and it was evident from his first season what a special player and person he would become,” said Red Wings executive vice president and general manager Steve Yzerman. “He was among the NHL’s best two-way defensemen of his era and will go down as one of the greatest at his position in Red Wings history. Niklas has a sharp hockey mind and is highly respected in the hockey world. He has the makeup and work ethic of someone who will have a very successful career in management, and I am thrilled that he will remain with the franchise on the hockey operations staff.”

A native of Stockholm, Sweden, Kronwall helped the Red Wings capture the Stanley Cup in 2008, while he has captured Olympic and World Championship gold medals with his home country in international play.

He had not signed a contract extension heading into the 2019-2020 NHL season.

“Last, but absolutely not the least, you great Red Wings fans out there, thank you for always standing behind the team. There have been some ups and downs during my time here. What hasn’t changed is your support… Wearing the winged wheel on my chest has and always will be a huge honor.”

As one chapter ends, another begins.