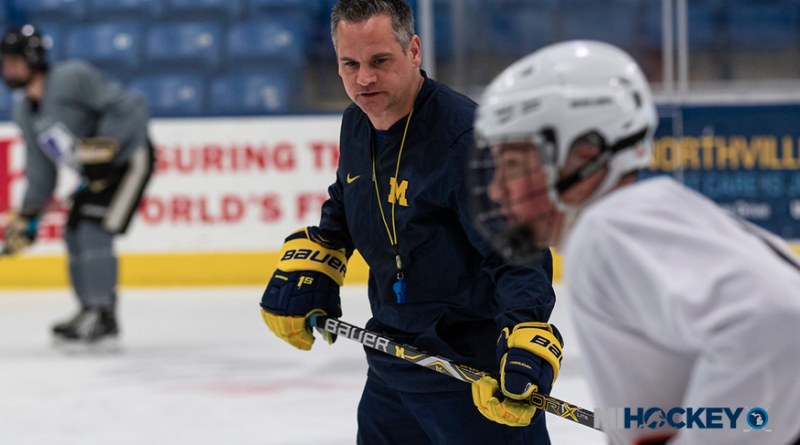 A familiar face both at Yost Ice Arena and youth hockey rinks across the state is on his way to Edmonton.

Brian Wiseman is stepping down from his assistant coach position with the Michigan Wolverines to join the NHL’s Edmonton Oilers in the same role.

“I want to congratulate Coach Wiseman on his opportunity at the next level,” said head coach Mel Pearson. “I also would like to thank him for the incredible job he has done at Michigan. We want to wish Brian and his family all the best as they begin their new journey.”

The University of Michigan alum spent seven seasons on the bench for the Wolverines, helping Michigan to a 155-118-29 record and three NCAA Tournament appearances.

Wiseman recruited and coached 36 Wolverines who were selected in the NHL Draft, including eight first-round picks.

He joins Dave Tippett’s staff in Edmonton, which is now led by former Red Wings general manager Ken Holland. Wiseman worked for Tippett as video coach of the Dallas Stars in 2002-03.

“I am very excited to add Brian to our coaching staff,” said Tippett in a release. “Brian is a forward-thinking coach with whom I have history as both a player and a coach. He works very well with young players and has a passion for skill development.”