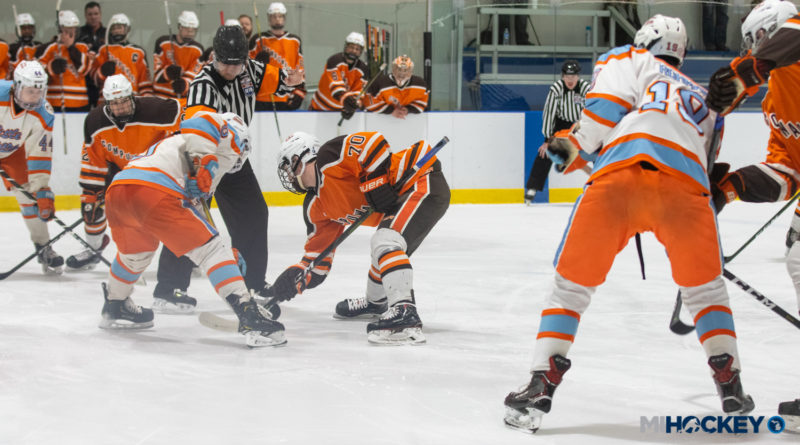 BELLAIRE – It’s been circulating around rinks for a while, but now it’s official.

Every 14U, 15-Only, 16U and 18U Tier 1 team in the state of Michigan will play three games under the same roof this September.

The eight full Tier 1 organizations will have all of their teams participating in the event at the Troy Sports Center, while the Soo Indians and the TPH Michigan Hockey Advancement programs will compete in the 18U division.

“The Tier 1 Showcase is a great example of the eight Michigan Tier 1 organizations working together to provide great opportunities for players and teams,” said Tier 1 committee chair Bob Mancini in the MAHA release. “When decisions like this are made, they’re in the best interest of the players’ development and players’ improvement, but when you get to these age groups, we also have to take into consideration that we need to showcase our players, and we’re hoping that this event provides that opportunity.”

The three games will count towards the requirements for scheduling in-state games against each of the team’s respective opponents. Stay tuned for a full schedule.

While it will be a great event for the youth hockey world, the decision to bring all of the teams together at the start of the season was also done in the hopes of attracting college and junior teams, as their seasons have yet to begin.

“It’s a great opportunity for our players to get exposure before the college and junior seasons get underway,” said Dwayne Norris, hockey director of the Oakland Jr. Grizzlies. “We’re very excited to work with all the Tier 1 organizations to make this happen, and we’re thankful to the Troy Sports Center for their assistance with hosting.”