Bodychecking and player safety was a major focus of discussion at the 2019 USA Hockey Annual Congress in Colorado Springs last week.

During the four-day event, USAH unveiled a new ‘Declaration of Player Safety, Fair Play and Respect’ in regards to the aforementioned topic.

It’s not a rule change, per say, but rather an emphasis on rules already in place and how the core principles of bodychecking will be taught and policed on the ice.

Here are the first two paragraphs from the declaration:

“USA Hockey is committed to creating a safe and fair environment for all participants. Respect for the game, the opponents, coaches and officials is a critical part of the environment that is created and it covers several different aspects of sportsmanship and fair play. This initiative will encourage a change in culture as to what is considered to be acceptable/unacceptable body checking and competitive contact at all levels of play.

The following “points of emphasis” is not designed to replace our current rules/definitions, but instead are intended clarify and update the existing rules/definitions to emphasize the key points to more clearly outline what is deemed acceptable and unacceptable behavior. USA Hockey will also provide video examples of these actions deemed “acceptable” and “unacceptable” to further illustrate expected behavior. Please review the materials thoroughly so you can play a positive role in making our game safer.”

The declaration’s focus is to change the culture surrounding bodychecking and competitive contact while clearly defining what is acceptable and what is not. The Board of Governors’ statement emphasizes that a check must be “an action makes clear that a body check must be an attempt to win possession of the puck and not an effort to punish or intimidate. Further, USA Hockey is committed to a culture where there are: 1) no late hits 2) no hits to the head and 3) no checking from behind.”

“This Declaration was a collaborative effort of the leaders involved with safety, youth hockey, coaching and officiating and is a blueprint for shifting the mindset of body checking in youth hockey,” said Jim Smith, president of USA Hockey. “It is imperative we make some significant changes and this document outlines that way forward.”

More information and educational resources will be rolled out through the summer and into the season.

“Safety is always our top priority and our Board took an extremely proactive step with this new initiative,” said Pat Kelleher, executive director of USA Hockey. “This Declaration is the culmination of a lot of hard work by many groups over many months that resulted in moving something forward that is in the best interest of our youth players.”

“USA Hockey has a strong commitment to player safety and this Declaration is an important step forward,” said Dr. Michael Stuart, chief medical and safety officer for USA Hockey, who is also the co-director of sports medicine at the Mayo Clinic. “All stakeholders in the game of hockey will work together to change culture, promote sportsmanship and ensure mutual respect.”

Below, you can read the declaration in its entirety It is also downloadable as PDF file here: Declaration of Safety, Fair Play and Respect. 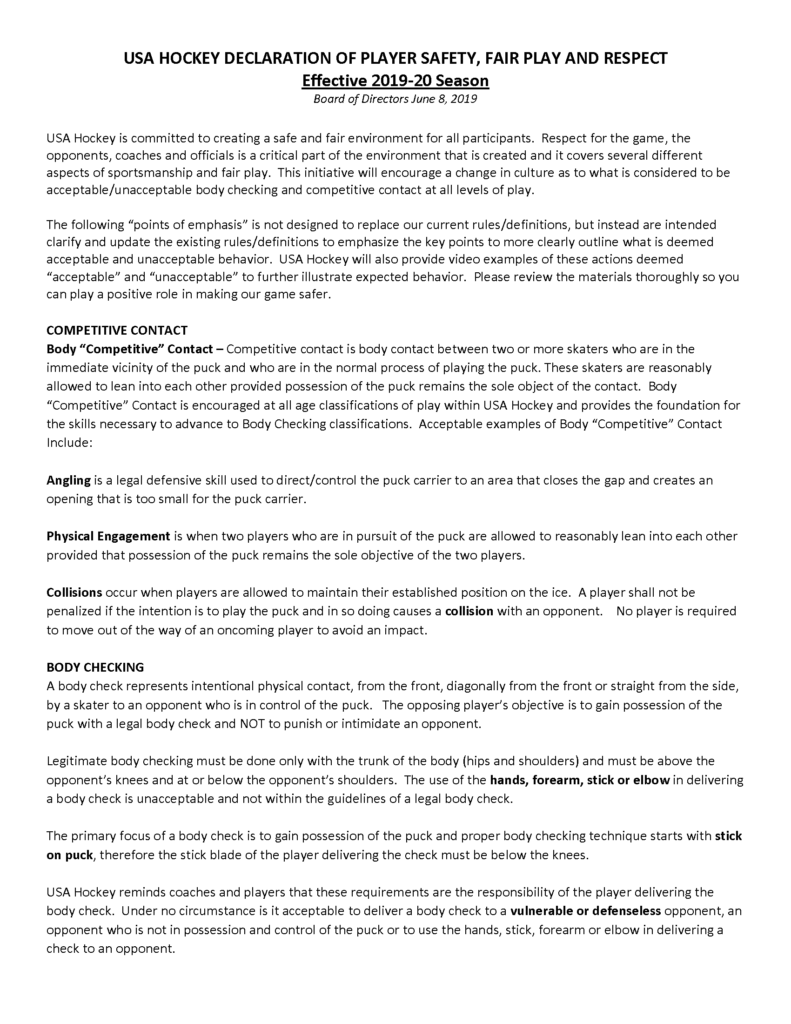 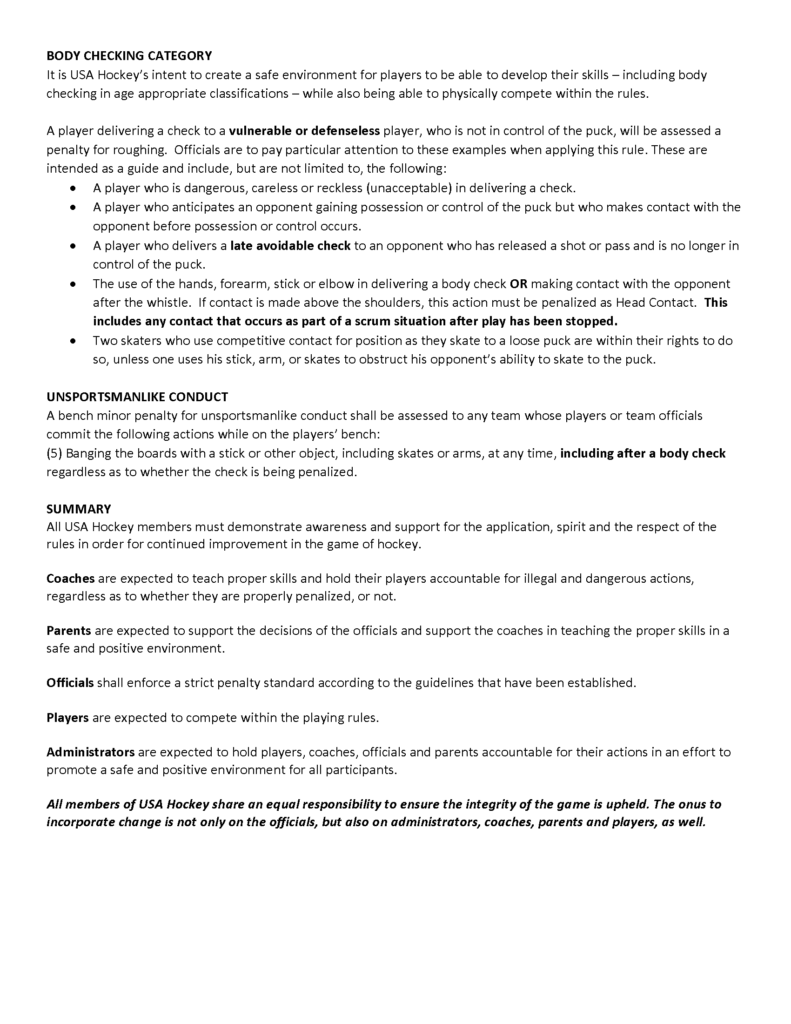